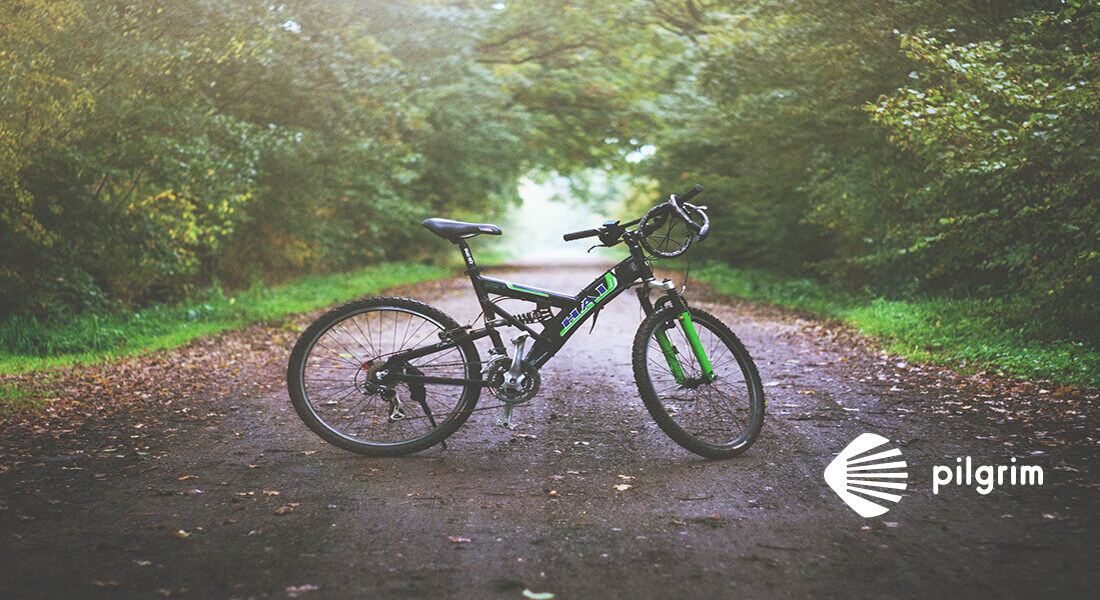 Arriving at the Plaza del Obradoiro, mounted on two wheels, is a unique experience, different from the pilgrimage on foot. It does not leave anyone indifferent and there are more and more pilgrims who decide to do the Way of Saint James by bicycle.

You may also be interested in: Tips for organizing the Camino de Santiago

It should be mentioned that, on many occasions, ordinary adventurers are people who are usually keen to ride a bicycle and who decide to make the pilgrimage normally on holiday.

It has nothing in common, to ride a bicycle on asphalt and as a hobby, to go through, day after day, the different stages that most of the time will pass through stone paths and constant ups and downs.

The physical effort and the exigency of the Way make necessary an exhaustive physical preparation in the months before the beginning of the pilgrimage.

This preparation will be based, above all, on the previous simulation of the stages, going out to pedal day by day and, in this way, being adapted to the chosen bicycle and always with a weight similar to the one that is going to be used.

Another factor you need to take into account is which Way you will do, as you will pass by villages and areas with different terrains depending on the chosen one.

The French Way is usually the ideal one for first-time users, because besides being the most travelled, it has a greater number of services and signposting. In addition, the localities are closer to each other compared to other Routes. This same features are present in the Portuguese Way.

On the Via de la Plata, fewer pilgrims can be seen by bicycle because the distances between villages are longer and the climate is excessively hot in summer.

All the routes have one thing in common, and that is that the stages tend to alternate in difficulty. Maybe you have 2 or 3 simple stages and then 2 complicated, marked by constant changes of level or by the course through paths or roads of difficult passage.

In general, the French and Portuguese routes are considered more accessible and simple, while the Northern and the Primitive Roads are more complicated.

We know for sure the difficulty when deciding the ideal route, which is why we have dedicated our efforts to make a series of experiences most recommended by different Ways. We hope you find them useful.

Season of the year

Statistics show that the majority of pilgrims choose to ride in the months of May to September, trying to avoid the frequent and dreaded rains and even snowfalls that occur during the rest of the year, especially in the final stretch by the Galician community.

Also, unless you avoid the hours when the sun hits harder, it is not recommended to do it during the hottest months, such as July and August, because due to the great physical effort, there is the possibility of suffering a heat stroke.

Our personal recommendation would be the months around the central summer time. May or September offer pleasant temperatures and a more stable climate.

Once the route and starting date has been established, it will be time to focus on what, for days, will be the pilgrim’s main company, the bicycle.

First of all, you have to decide whether to rent or buy one. If you are going to use it many times we will recommend buying it. If you use it only for the adventure of the Camino, we would recommend renting it.

There is the possibility of always riding on asphalt using roads near the Camino, for which you will have to choose a road bike with dynamo and reflectors.

On the other hand, if you decide to follow the original route, the ideal would be to have a mountain bike, with a good suspension and a good plate system, because you will pass through dirt or uneven firm paths, despite the fact that sometimes and due to the impossibility of passing, you will pass through sections of road, which will in any case be signposted.

There is the option of riding a hybrid bike, perhaps more suitable, many of them are made specifically for the Camino de Santiago.

Whatever the choice, the bike should be as light as possible, with good shifting, greasing and optimum tyre condition. You should be informed beforehand about the basic maintenance of the bike. There is the possibility of a breakdown in the middle of an adventure.

We give you four models of bicycle to choose for the Way of Saint James, as well as its complements and extra services. Even if you already have your own bicycle, we can help you with the sending of a bicycle, a tune-up or help with your backpacks. 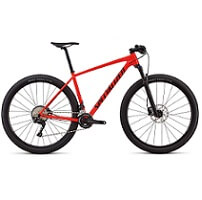 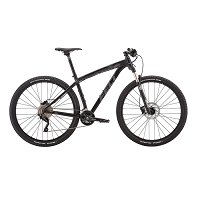 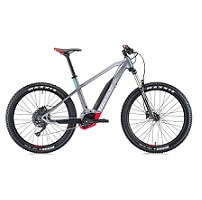 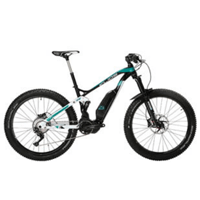 The most frequent distance between stages is between 60 and 80 kilometres per day, covering an average of 11-13 kilometres per hour. Although as always, everything will depend on the physical resistance of each one and the stops that are decided to make to take rest and recover forces.

It is essential to study the terrain profiles in advance of the stages. They are not all the same and there will be some without complications but also others in which the legs will suffer more than usual.

As explained above, not all original routes can be made cycling, so it is sometimes necessary to detour to the nearest road to continue for a few kilometers until you find the original route.

Stages of the French Way by bike

Stages of the Northern Way by bike

Stages of the Portuguese Way by bike

Stages of the Portuguese Coastal Way by Bike

Stages of the Primitive Way by Bike

Stages of the Silver Route by Bike

Stages of the Sanabres Way by Bike

Stages of the Camino Vasco by Bike

Continue by the stage 6 of the French Way

Stages of the Camino Aragonés by Bike

Continue by the stage 3 of the French Way

One of the advantages of doing the Camino by bike is that instead of a heavy backpack, it is possible to distribute the weight evenly in saddlebags. The back will not suffer as much as walking.

The most common thing when it comes to take what you need to do the Way of St. James by bike, is to take saddlebags or grill at the back, a triangle with shoulder pad for bicycles where you carry the corresponding tools. More and more pilgrims choose toadd a bag on the handlebars where to keep documentation or objects of more use such as mobile or wallet.

You have to go as light as you can, facilitating cycling but at the same time avoiding falls or making easier stretches with steep rises in level. Later, we mention the basic elements that you should carry.

If, for some reason, you want to travel without too much load or want to carry more things than the bike allows you. We help you with the backpack transport, taking them from one stage to another until you reach the end of the Camino.

According to the cost that the pilgrim has in mind, a low-cost pilgrimage can be made, sleeping in shelters, feeding on products such as cold cuts, sausages, cans, dairy products and fruits.Another option is to make a more expensive pilgrimage, spending the night in Hotels or Rural Houses, eating and dining in restaurants.

We customize the route for you as much as possible. You just need to contact us if you want to schedule the Saint James Way by bike so we can know what you are looking for. We will send you a free quotation according to your needs.

The ideal is to always circulate in single queue. A V-shaped formation may be attractive due to less effort, but increases the risk of being run over.

The use of the helmet and the vest is fundamental, and on rainy days the raincoat of reflective strips should be used.

If you cycle at night or at dawn when visibility is lower, you should use Dynamo to feed the light bulb.

On the other hand, the private network of hostels on the Jacobean route does not make these kinds of distinctions.

The bicycle path must always be done in a group or as a minimum accompanied by one person. This provides greater security and allows you to stop and contemplate monuments and churches that cannot be entered with the bike.

Going accompanied offers the possibility of establishing shifts and take advantage of all the possibilities of the Camino de Santiago in terms of heritage, culture and beauty. In addition, tools and knowledge can be shared in the event of a breakdown.

In any case, the main cities and towns on the Jacobean route have workshops where you can fix or tune your bicycle.

Next, we give you an overview of the things you should not forget on your Way:

From Pilgrim, we put at your disposal all the services to be able to realize the Way of Santiago in bicycle, as well as also we have organized routes for the already decided pilgrims. You can contact us at info@pilgrim.es

We hope these tips have been helpful, and that they have answered all your questions.