Why choosing the Portuguese Way

This is a different Waywe will not find plateaus, complicated heights or marked unevennesses as it happens, for example, with the French Way; but we will be able to enjoy forests and millenary cruises that hide under their cloaks the songs of the old troubadours of the high medieval epoch and the songs of friend, love and curse of Martin Codax or Mendiño.

In the twentieth century suffered a small process of stagnation due to the famous appearance of the Virgin to three shepherds in the Portuguese town of Fatima, which led to the Sanctuary, which was erected in honor of the Virgin, occupy the protagonism to the detriment of the pilgrim route to Santiago. However, it would not be long before the feeling of devotion to the Apostle and the international positioning of the route beyond the peninsula came to light again.

Two routes are even drawn, one of them known as the Portuguese Way along the coast that reaches Galician lands through A Guarda, passes through Baiona and Vigo and connects in Redondela with the other slope that enters Galicia through Tui, the most popular and recurrent. It crosses O Porriño, Redondela, Pontevedra, Caldas de Reis or Padrón before reaching Santiago and being able to hug the image of the Apostle. It’s a easy ride to the finish line through magical paths that cross forests, villages, pazos and fortresses while saving rivers over medieval bridges.

Chapels, churches and convents are our constant travel companions in this adventure that consolidates each year with more strength among the pilgrims, coming to situate the Portuguese Way as the most traveled of all the ways in the last years, only behind the most famous of the routes, the French. The signposting of the route is correct, especially in the Galician territory and the number of establishments is growing with an extensive public and private hostel service, especially from Porto. The fact of not being overcrowded, its great natural beauty and allows us to travel two countries, make this route, a highly recommended option to walk to the Galician capital.

The importance of this route began to be latent from the twelfth century, after the independence of Portugal commanded by King Alfonso I. Pilgrims who left Portuguese lands towards the north of the peninsula did so for more varied reasons than spiritual ones. The cultural and economic reasons, created human ties between the neighboring territories that prevailed in the time, giving form to a route with a rich history that would keep numerous cultural and commercial exchanges between Galicia and its neighboring country.

Numerous representatives of the nobility, kings and high clerics contributed with their pilgrimages to establish a Jacobean devotion that would gradually increase until consolidating itself as one of the most frequented in our days. Documentary reports of these events are still in force, such as the case of the pilgrimage of Doña Isabel de Portugal who, after walking the After walking the Camino to Santiago in the 14th century, she offered before the altar of the Apostle her crown of Empress of the Holy Roman Empire and, after her death, she became known as the “Holy Queen”. She was buried in Coimbra with a pilgrim staff as described before her death.

King Manuel I of Portugal (The Fortunate) and his pilgrimage from Lisbon in 1502, who ordered the installation of a lamp to light day and night the Cathedral of Santiago, the Jesuit Fathers and their route in 1543 from Coimbra, the Portuguese painter, humanist and architect Francisco de Holanda in 1549, the bishop of Tui in 1604 or the viscount of Ponte de Lima in 1610 were other representatives of the nobility and the clergy who contributed to the establishment of the Portuguese route as an important pilgrimage route to the tomb of the Apostle.

Lisbon, Santarem, Coimbra, Oporto, Barcelos, Ponte de Lima and Valença do Minho became a vertical route that crossed the Portuguese country from south to north creating a road network designed to reach the bank of the river Miño and make the leap to Galician lands. Its layout is made up of old roads and ways inherited from the Romanesque age, such as the XIX road, built in the 1st century a.c. to connect Braga with Astorga.

Stages of the Portuguese Way 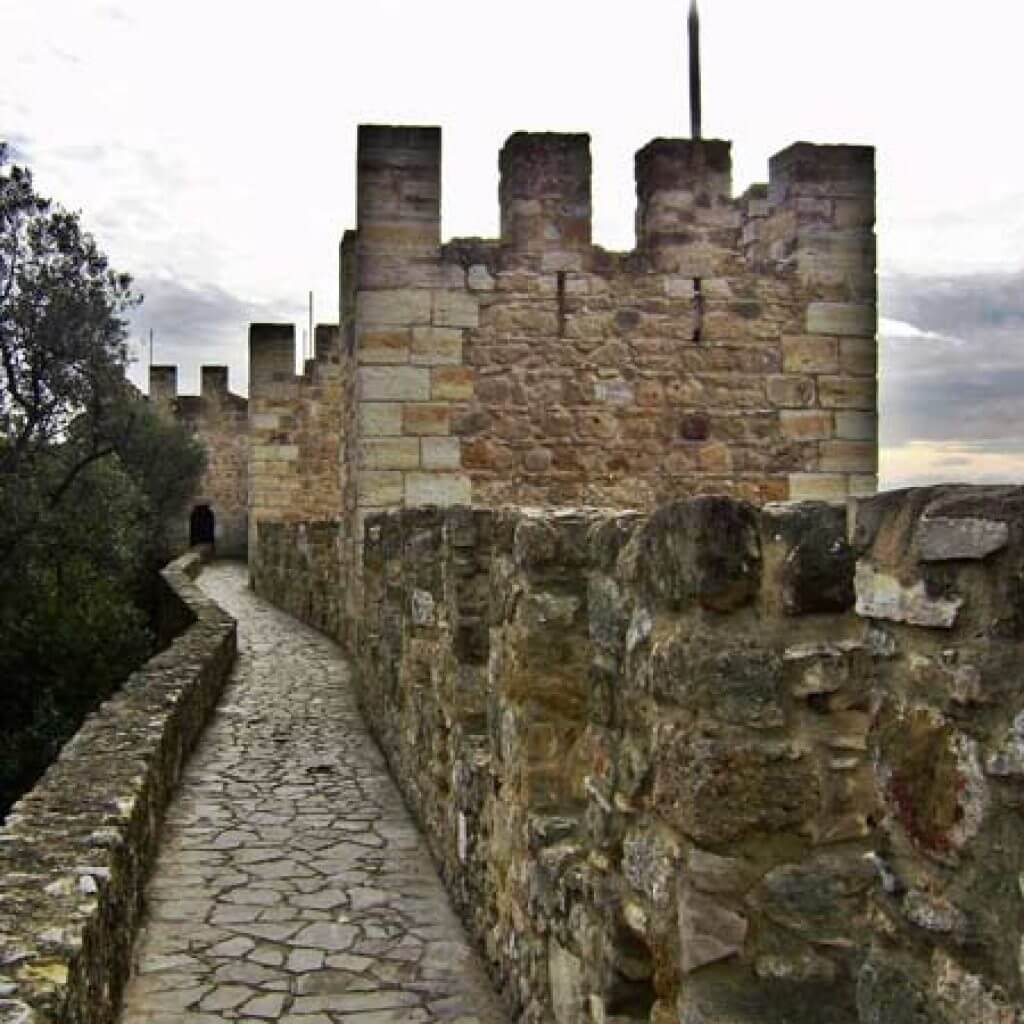 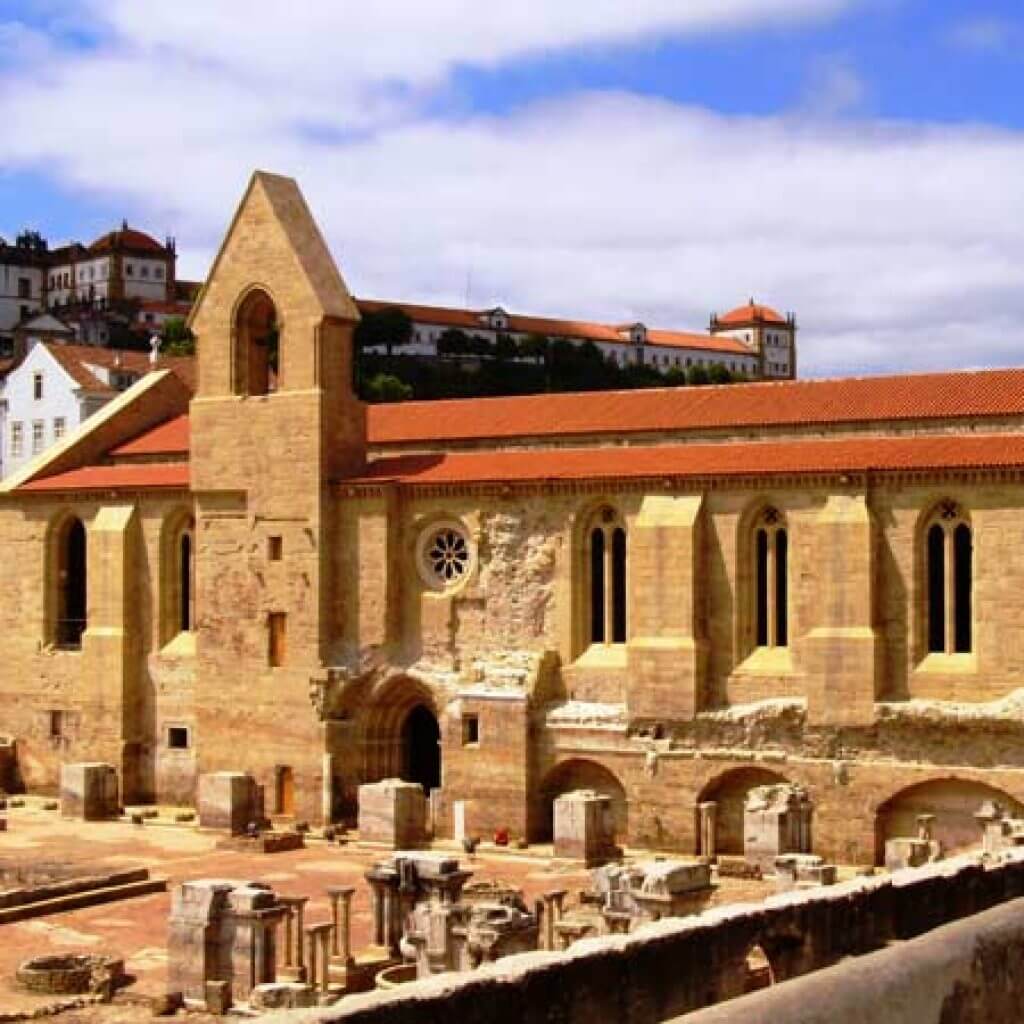 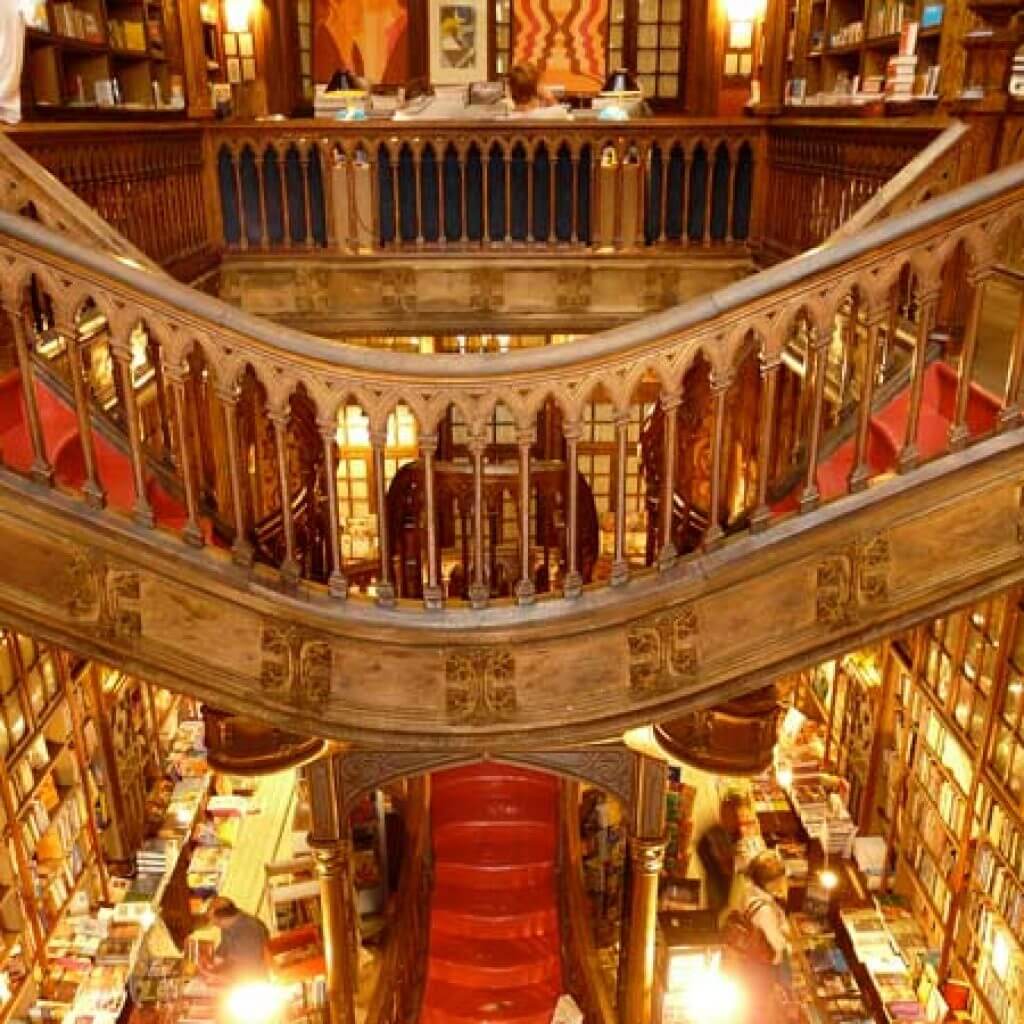 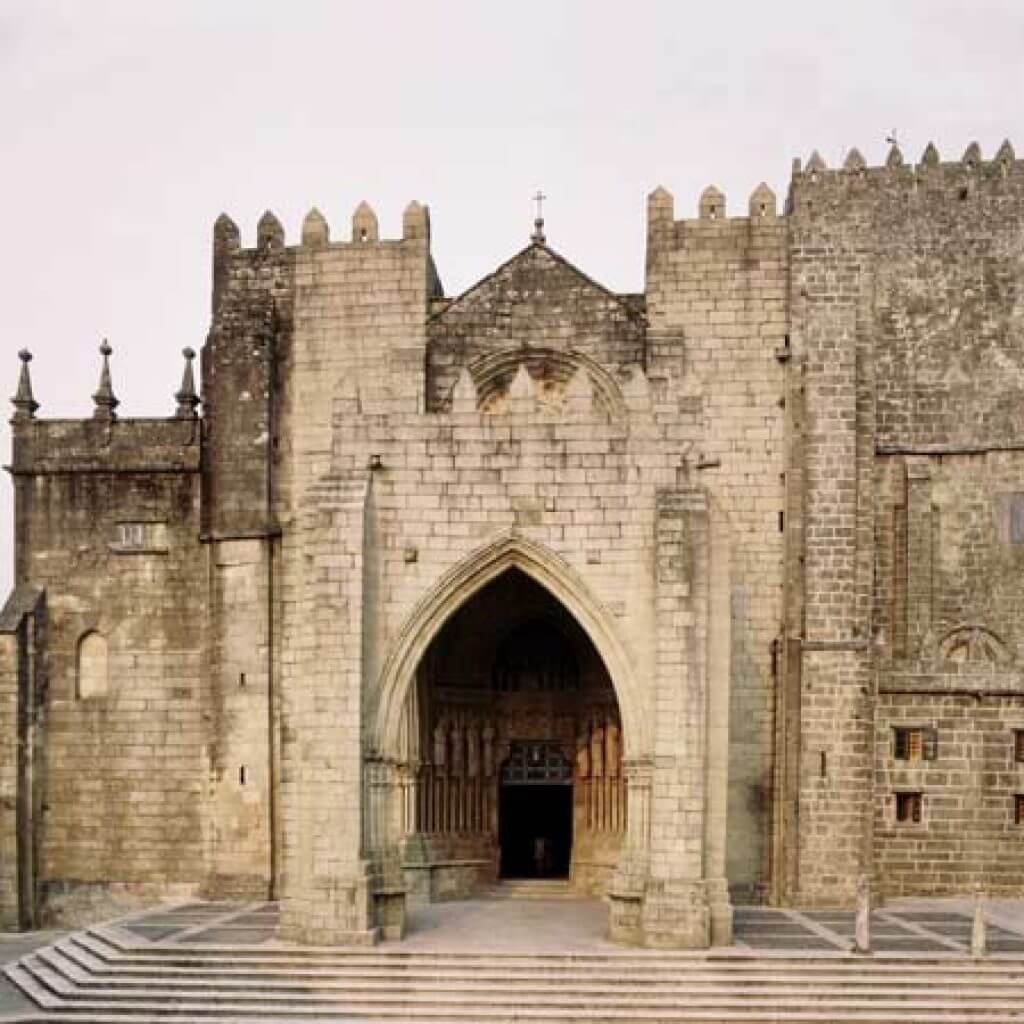 St. George’s Castle rises above the highest hill in Lisbon, giving a spectacular view of the city to the visitor.

This Gothic monastery is an emblematic monument of Coimbra, due to both its complex history and the romantic nature of its ruins.

This magical corner of the city of O Porto served as the setting for the filming of the Harry Potter movies.

This impressive fortress-like cathedral has its origins in the 13th century, proof of the importance of the town of Tui in the Middle Ages.

Stages of Portuguese Way by bike

If your goal is to get the Compostela, you must walk at least the last 100 km of the Camino, in the case of this route the starting point would be the town of Tui, on the border with Portugal. However, if you do the Camino by bike, the minimum distance is 200 km, which would take you to start from Oporto.

Along the Portuguese route you will pass through a large number of towns, each with its own charm. However, there are a number of towns/cities that make pilgrims fall in love wth them as they pass through: Lisboa, Oporto, Coímbra o Redondela, among others.

The Portuguese Way does not stand out especially for its landscapes but for the richness of its historical and cultural heritage. In the towns of Coimbra and Porto you will find ancient buildings worthy of admiration and that will make you want to spend more than one day in these towns.

The Portuguese Way is the second most popular pilgrimage route of all those that make up the Camino de Santiago. Along with the French Way, it is the only one that runs through two different countries and ends in Santiago de Compostela.On arrival in Porto there is a detour towards the Portuguese coast, which is rejoined in Galicia (Spain), in the town of Redondela; this alternative route is called the Coastal Portuguese Way.

In Pilgrim.es we have the most complete information about this Camino and many more. Enter our website and discover all the routes that make up the Camino de Santiago, its stages, maps and even the villages with their indications on what to see in each one.