Why choosing the Way to Finisterre?

Being an end of the Jacobean Way, it is possible to leave from Santiago directly to Finisterre and then continue to Muxía or make the opposite way. The choice is in your hands! The signposting is in good condition, with the first shell located in the Compostela park of San Lorenzo.

You will probably come across a pilgrim walking in the opposite direction, don’t be afraid! This may be because they have chosen to do this section in reverse, as described above. Once in Finisterre or Muxía, we will also have no problems in orienting ourselves in one direction or the other. Nowadays, many pilgrims decide to visit the wonderful Costa da Morte.

Fisterra, from the Latin finis terrae, has its roots long before the birth of the Jacobean route. It is here where many academics believe they can connect the ancient city of Dugium with the famous Atlantis and where the Celtic tribe of the Neri settled, from the south of the peninsula and neighbors of the Artabrian people. The choice of this area was not by accident because,until well into the Middle Ages, Cape Finisterre was believed to be the last bastion in the world as they knew it.

Thus began to proliferate a multitude of settlements and cults to the sun god, which every day resurfaced from the waters of the Atlantic. It is believed that there was even an important altar and spiritual center in honor of the star king, the Ara Solis, a temple to which both Celts and later Romans attended. According to legend, it was the Apostle himself who ordered the destruction of this temple, considering it a pagan cult. Because of the refusal of the people, a great flood finally destroyed the Ara Solis and devastated the entire village, saving only two oxen that escaped from the place. Their fate would quickly change as these were transformed into stone as punishment, forming the present islands of Bois de Gures.

Also the disciples of St. James were here, specifically in Duio, asking for permission to give rest to the remains of the Apostle. Faced with the confusion and distrust of the governor of the area, they were jailed but they managed to escape and set a new course for Iria Flavia.

So, the only route that departs from Santiago is not a modern invention as many people may think. Recent excavations in the hermitage of San Guillermo have demonstrated their close connection with the Apostle and with other much older traditions and cults.

As with Finisterre, the nearby town of Muxía can also boast of witnessing the miracles related to the Apostle. This is where the story goes to Santiago, who, after having ordered the destruction of the Ara Solis de Fisterra, decided to retire to this area to reflect and try to win the favor of its inhabitants preaching their faith.

The legend says that while he was meditating on the rocks where the sanctuary is today, he saw a boat approaching with the Virgin Mary, encouraging him to continue preaching the word of the Lord. It is believed that this same boat could be the so famous stone of Abalar, being joined by the stone dos Cadrís (the sails of the boat) and the one of the Timón. Currently, there is a belief that the one who manages to pass nine times under the cadris stone will be cured of all his back and kidney ailments. 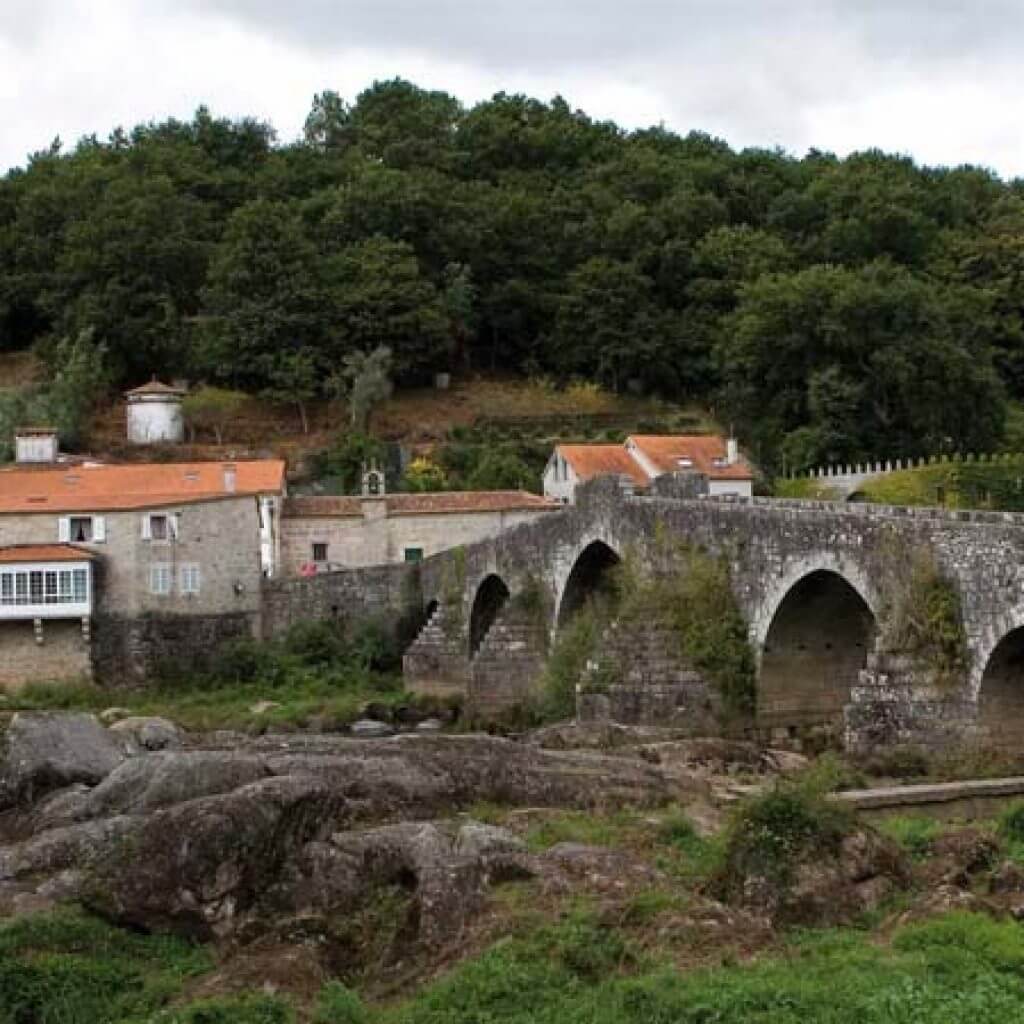 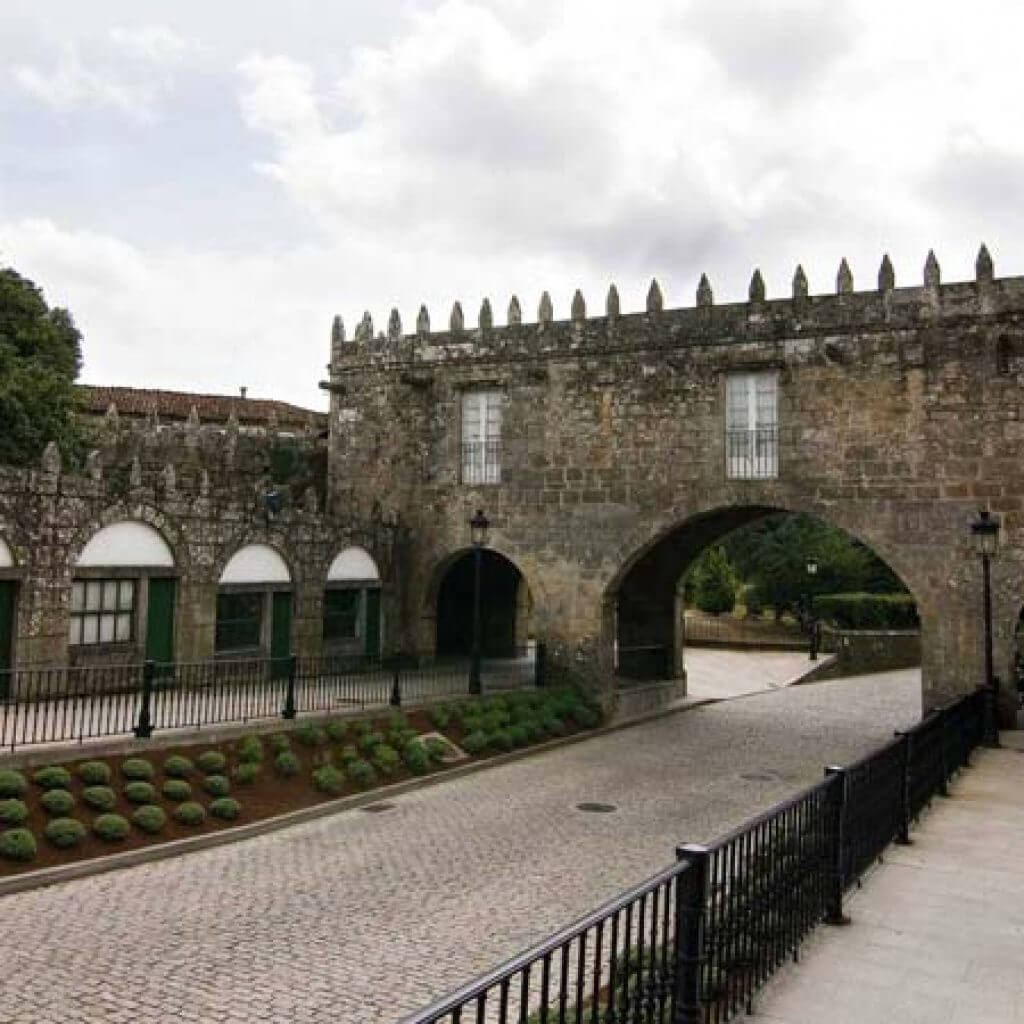 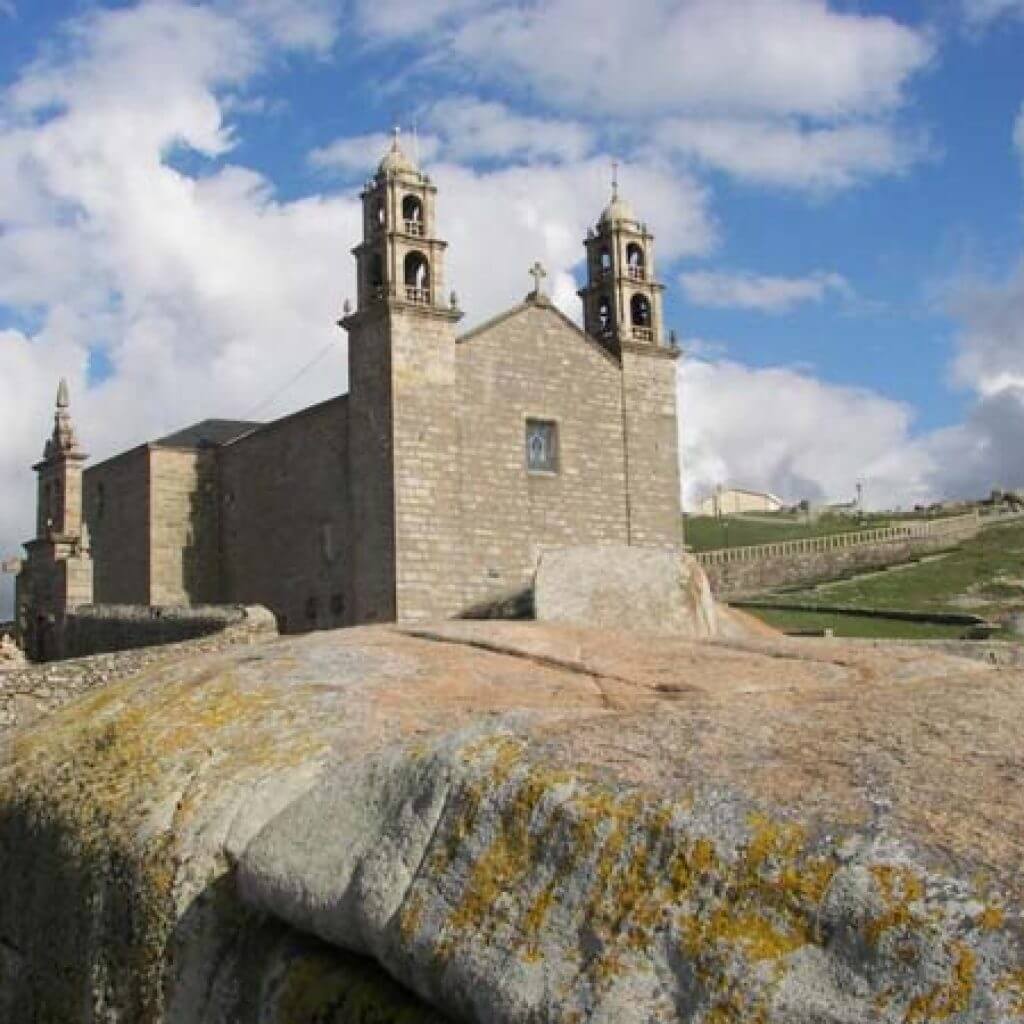 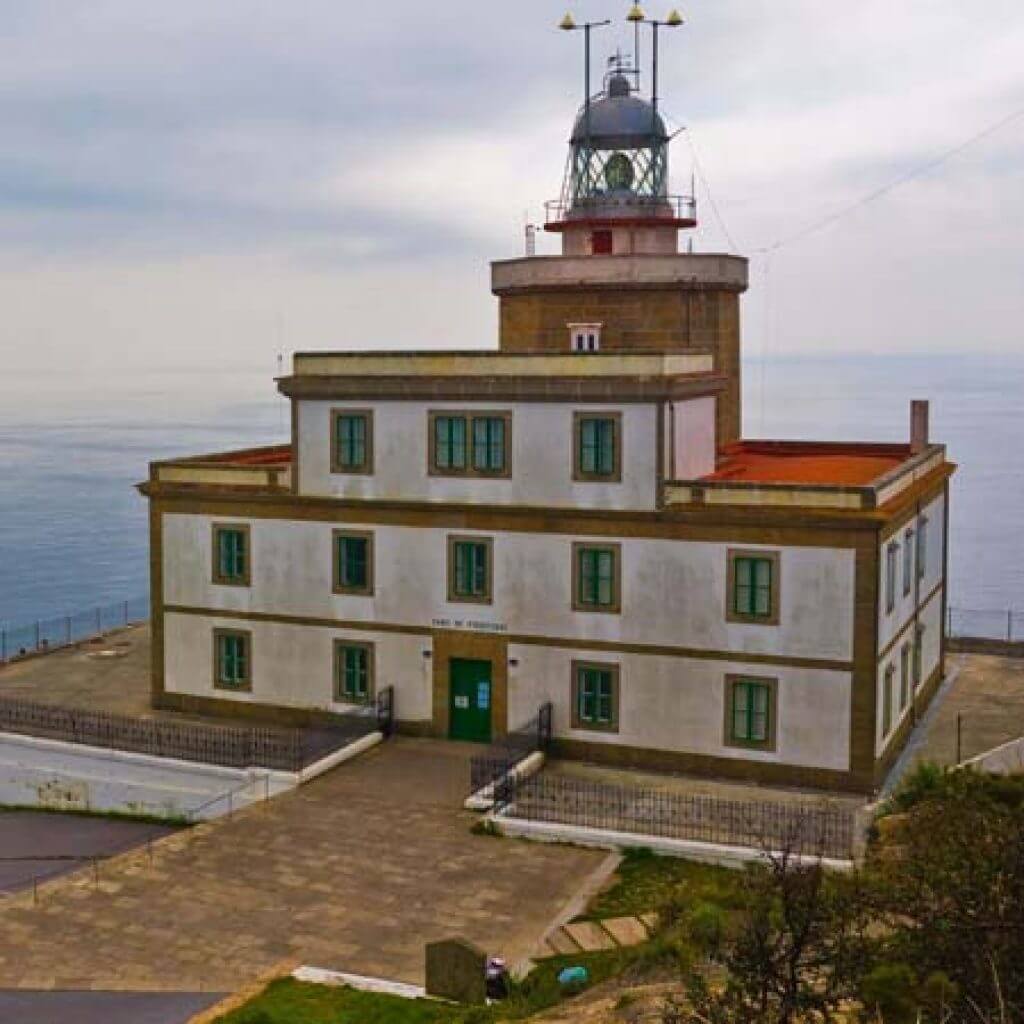 The historic complex of Ponte Maceira is one of the most charming places on the Camino, preserving its medieval aspect.

Medieval fortification that currently opens the way to the town of Negreira.

This sanctuary owes its name to a myth that narrates how the Apostle James saw the Virgin approaching by sea in a stone boat.

Built on the cape that the Romans considered the end of the world, it is now the place where all pilgrims see their journey end with the sun going under the sea.