Why choosing the Winter Way?

A lonely and propitious way for those who seek to escape from the earthly world, it is a way that connects the Bierzo with the Galician capital by the valley of the river Sil. It may be an unknown route for many, however, numerous documents discovered in the Bishopric of Astorga, prove their historical roots and collect the odyssey that many medieval pilgrims, reached Ponferrada through the French Way, had to live before deciding to look for an alternative way that would allow them to overcome the challenge of ascending to O Cebreiro and escape the harsh winter of Bierzo.

The itinerary, full of numerous landscapes and heritage treasures, has lost the seasonality of its name to become a route traveled at any time of year. It is especially recommended in spring, to enjoy the landscapes that gives us, and in summer, to escape the overcrowding of the original French layout.

It is the only one of the ways to Santiago that runs through the four Galician provinces. Starting from the Templar Ponferrada and circulating through the archaeological park of Las Médulas, declared a World Heritage Site, the Winter Way goes into Galician territory through the region of Valdeorras (Ourense), famous for its slate and good wine.. Afterwards, it gets into Lugo by the Ribeira Sacra crossing by the monumental Monforte de Lemos before entering in the province of Pontevedra to join, in the municipality of Lalin, the pilgrims coming from the Via de la Plata and continue together towards the province of. A Coruña, where the capital, Santiago de Compostela, is located.

We leave behind wonders such as the Monastery of San Vicente O Pino, the Roman bridge of Éntoma, the very spot of Las Médulas or the breathtaking canyons of the Sil, which will turn our walk into an incomparable visual adventure that makes this route win more followers every year.

The pilgrim who arrived at the impressive Ponferrada in winter, was on his way with landscapes typical of the time, full of peaks with snow and paths flooded with puddles and mud that made it difficult to continue their journey. This fact, added to the fight against an adverse climate with a wet and penetrating cold, led the medieval pilgrim to look for an alternative to enter Galicia in a way that, besides being less hard, was less dangerous.

The chosen option was to deviate to the southwest after leaving Ponferrada and its majestic Templar castle. Getting into Galicia through the region of Valdeorras following the layout of an ancient Roman road. We could say that, pilgrims were searching for the necessary way to scape to the strong snow. This was the principal reason why this alternative route was called as Winter Way. 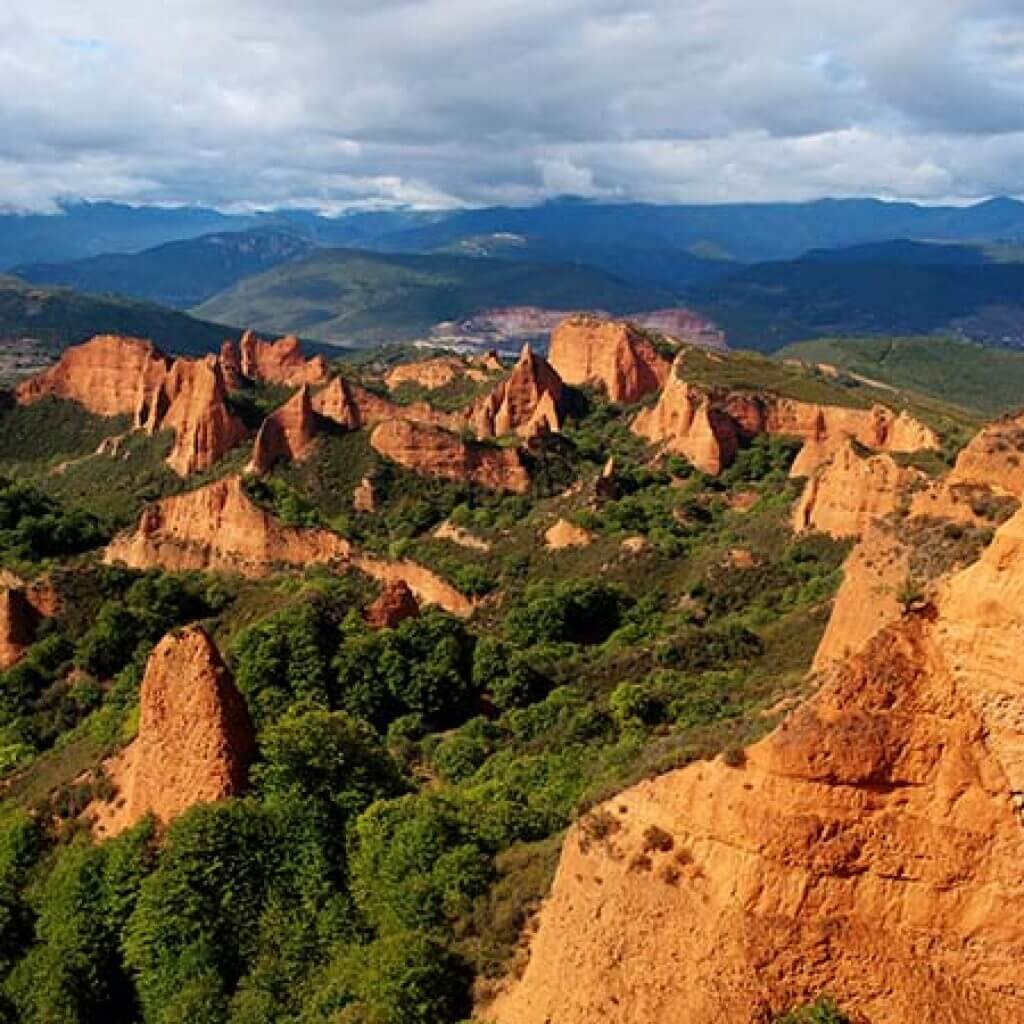 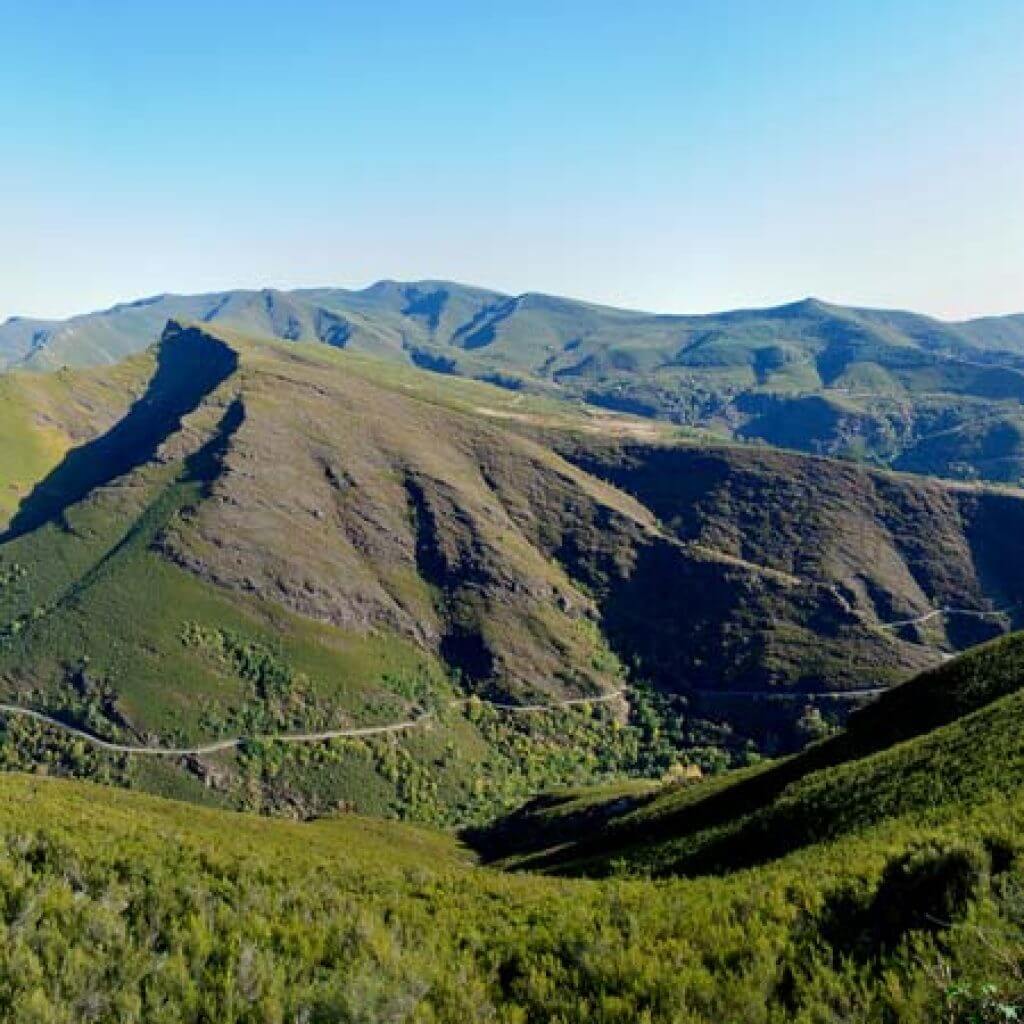 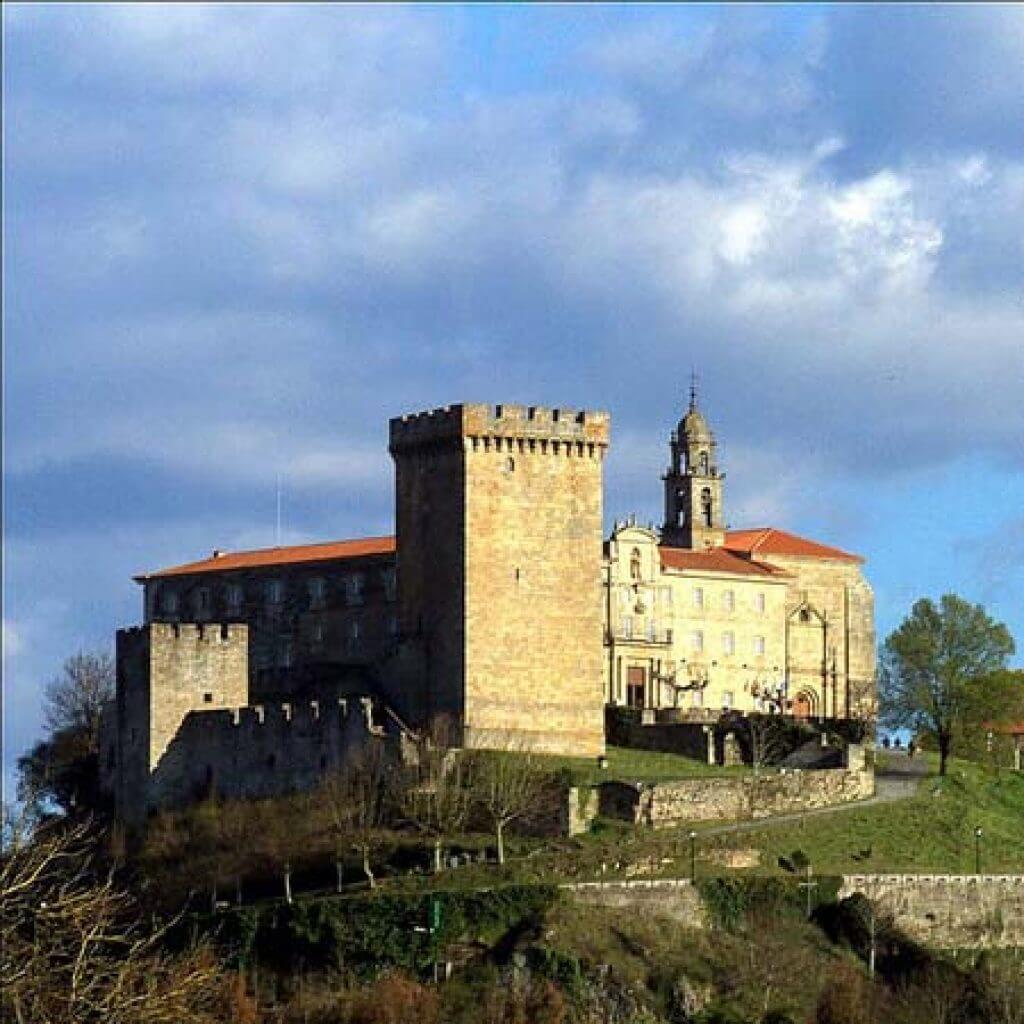 Monastery of San Vicente do Pino 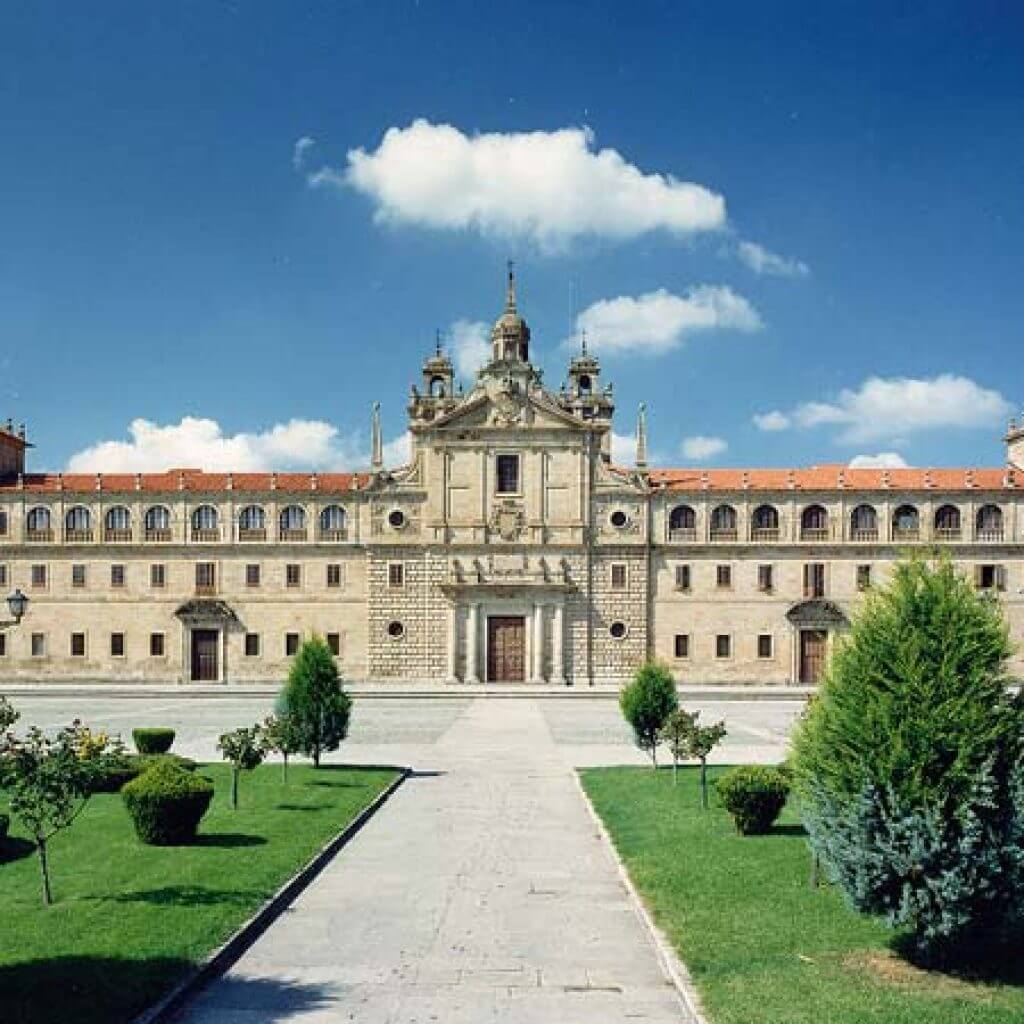 The old Roman mining is now a natural spectacle of supreme beauty.

A natural monument where you can enjoy the beauty of the landscape and the important ecological value of the Galician hills.

Monastery of San Vicente do Pino

Dominating the village of Monforte de Lemos from the top of the mountain of San Vicente do Pino, this Benedictine monastery is closely linked to the county history of the city.

Monumental neoclassical building of Monforte that contains a spectacular gallery of sacred art.