Continuing with the tonic of the previous day, we will continue chasing the Sil through the places of Montefurado, Bendilló and the castle of Os Novais before entering Quiroga, a town famous for its vines. These have given great international prestige to the whole area, enjoying the renowned Ribeira Sacra designation of origin.

From A Rúa, we descend to Fontei, famous for its Casa Grande, which once again shows us the importance and presence of nobles throughout history in this area. Another key point is the Roman bridge of the Cigarrosa, rebuilt in the sixteenth century and of which few original elements are preserved, thus linking this town with that of Petín.

Returning to the old national road that leads to Monforte de Lemos, we continue on asphalt for the next seven kilometres, specifically to Albaredos, a point on the border with the province of Lugo. We cross one side of the village passing by the chapel of Santa Bárbara and heading towards Montefurado, crossing the road a little further on and turning left among trees and weeds. The clear descending profile of this path predicts the presence of a stream, the Ferreiros stream, over which we will pass thanks to a semi-hidden bridge.

We will reencounter the railway track before entering Montefurado, where we can stop again and visit the Baroque church of San Miguel, whose characteristic reddish colour comes from the elements used in its construction and the passage of time. The name of this area is due to the fact that in the second century the course of the River Sil was detoured, making it necessary to ” dig ” into the mountain, which is why the place name of Montefurado (the mountain with the holes) was used to favour the extraction of gold in the nearby gold mines.

From here, it is our turn to ascend, and we are rewarded with spectacular views of the tunnel and the old open-cast mines. After crossing the little Hermidón, we went out again to the road, following it until a detour on the right hand side that will lead us to the stream of A Escrita and to the chapel of San Juan das Farrapas, a place where many locals assure that the pilgrims detached themselves from their clothes to avoid suffering infections and illnesses after a long trip.

We will also pass near the old oil mill of Bendilló, used to extract the so-called “liquid gold” from the nearby olive trees, rebuilt so that anyone who wishes can remember how they did this arduous task. After this stop, we descend in search of the national road, which will take us to Soldón and its river, in just two kilometers. On the banks of the Sil River, we can rest and relax a bit in its waters thanks to the recreational area set up for this purpose next to a mill. We start the march again crossing the Soldón River again towards the national road, following it along the shoulder until we turn left a little further on to Sequeiros. The route does not pass directly through this town but takes us under the N-120, always leaving the river on the left.

We will quickly reach the Novaes castle, on the hill known as Monte do Castelo, built on top of an old fort. Taking advantage of the slopes of the mountain, from this location the whole valley of the Sil and Quiroga was controlled, and it was possible to appreciate the already known Maltese Cross at its entrance, very common along the route of St. James, since the Order of Malta controlled a large part of this territory.

The access to this 10th century fortification is poorly signposted and is somewhat hidden, but it is worth taking a detour and visiting it, as we can also enjoy some wonderful views. Returning to the track, turn right into a dirt road and a little further on to the left, going down to the Novaes stream and the bridge next to it. Now it will be time to ascend again, along the old Royal Road and getting closer and closer to Quiroga. Before passing through the places of San Xulián de Arriba and Caspedro, from where we can choose how to get to this municipality within the one known as Ribeira Sacra.

When passing through small towns, there will be stretches that will lack services, being necessary to be supplied before leaving. In addition, it is important to point out that the Montefurado tunnel is not located inside the route, and it is necessary to take a detour to visit it. 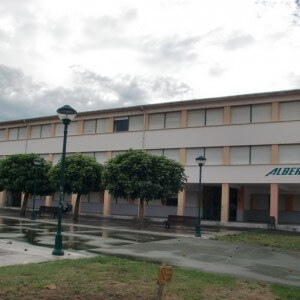 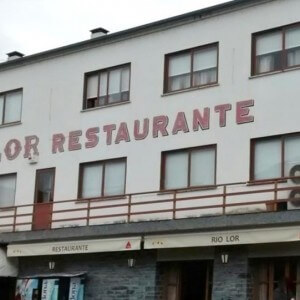