Why choosing the French Way?

In 2004/205 it received the Prince of Asturias Award for Concord, for being considered as an exponent for the coexistence of people and cultures and the development of the European roots of Christianity. It is the best signposted route, saving the picaresque of some hotelier who tries to take the pilgrim to the door of his establishment, causing small detours from the official route. It is the one with the largest network of public hostels and accessible services, but it is also the most massified, making it easy to run out of places, especially in the summer months, forcing you to make your way at almost unseemly hours.

In addition, the convergence of personal and religious motifs, personal challenges and spirituality, Romanesque and Gothic styles, Templar castles and Benedictine monasteries, lush forests and murmuring rivers, medieval legends and Celtic magic They serve to erect themselves as one of the most amazing experiences that everyone should experience.

Within its great layout there are two very common starting points among the pilgrims, although the main start is the locality of Saint Jean Pied de Port, many decide to start the Camino de Santiago from Roncesvalles, to avoid crossingthe border between Spain and France, and not to climb the great slope that separates them. The other very common alternative is to start from Sarria, as it meets the more than 100 km required for the Compostela and can be covered in 5 days, very useful for people who start or have little time to enjoy the Camino.

After becoming the most important pilgrimage route of Medieval Europe for the pilgrims who, moved by the Christian faith, walked towards the tomb of the Apostle Santiago in the city of Compostela, the French route was becoming more and more important until gaining the title of the most internationally recognized route and, therefore, the most important at an economic and social level.

The French Wayis the most documented, existing since 1135 manuscript archives in the Codex Calixtinus, whose “Book V” is the first source of information on the cultural, religious and even tourist treasures that walkers could find in each of the sections that separated the tomb of the apostle from the main capitals of Europe at the time.

The French route is the most famous route in the world, the most traveled (in 2015 more than 260,000 pilgrims arrived in Santiago) and the best conditionedbecause of the economic potential it represents for the towns it crosses. Its route is drawn throughout the north of the peninsula along 760 km, which are often divided into 31 stages that begin their journey in the French town of Sant Jean Pied de Port.

Despite the fact that since the eleventh century pilgrims walked through northern Spain saving great difficulties and leaving behind an important cultural, artistic and social development, the most important increase in the French Way began in 1993, a Jacobean year that brought with it a very important revival of the Camino de Santiago as a tourist element, backed by the declaration of the Jacobean Route as the First European Itinerary of Cultural Interest by the Council of Europe and World Heritage by Unesco. 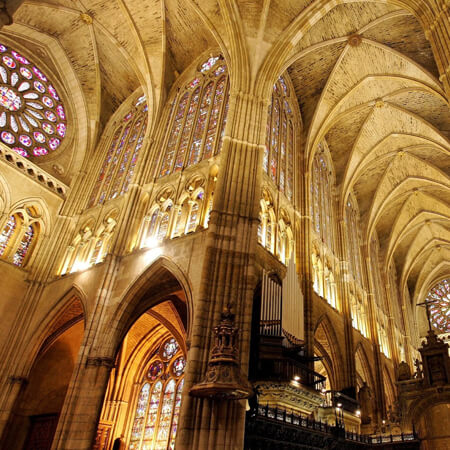 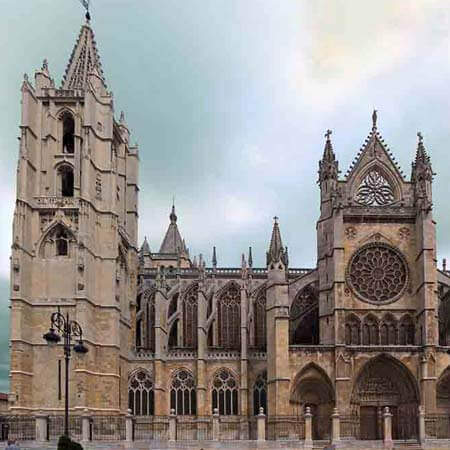 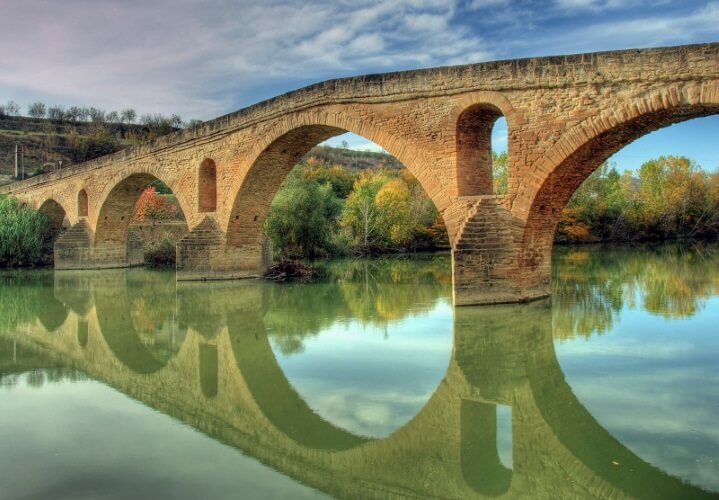 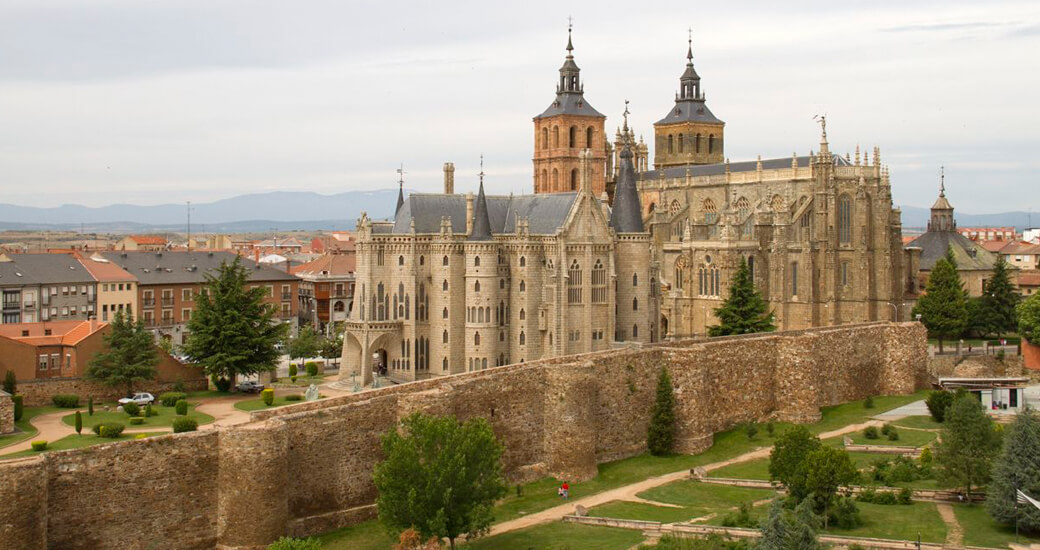 Impressive Gothic temple from the 13th century. It is one of the most important cathedrals in Spain.

Built in the 9th century by order of King Alfonso IX, it was built over Roman remains. It is currently a Center of Reference for the study of the Middle Ages in Spain.

Dating from the 11th century, it endows the landscape of Gares with a singular beauty.

One of the most historic cities on the French Way Visit the old area and the incredible monuments of the city.

The Way of Saint James from Sarria

The Way in just 5 stages
Get to know the adventure

As shown in the section of stages the French Way is made up of a total of 33 stages over a distance of 764 km starting from the French town of Saint Jean Pied de Port. If you do the French Way by bike there will be 14 stages.

If your goal is to get the Compostela, you must walk at least the last 100 km of the Camino, in the case of this route the starting point would be the town of Sarria. However, if you do the Camino by bike, the minimum distance is 200 km, which would take you to start from Ponferrada.

Along the French route you will pass through a large number of towns, each with its own charm. However, there are a number of villages that make pilgrims fall in love with them as they pass, these are: Burgos, Ponferrada, O Cebreiro o Portomarín, entre otros.

764 km make up this route, so there will be many landscapes that you will be able to see during the pilgrimage, among them are: the Meseta, before arriving in Burgos, the Romanesque bridge of Puente la Reina, the Cathedrals of León and Burgos…

The French Way is the best known route in the world due to its relevance during Medieval Europe. Two factors influenced its development: its connection with the rest of Europe and its appearance in the form of a Guide in the Codex Calixtinus. Another curiosity is that of Father Elías Valiña who, using paint left over from some lorry drivers, marked the route of the French Way with the yellow signs so characteristic of the Jacobean route nowadays.

In Pilgrim.es we have the most complete information about this Camino and many more. Enter our website and discover all the routes that make up the Camino de Santiago, its stages, maps and even the villages with their indications on what to see in each one.