We have agreed that the previous stage is the beginning of the French Way, however many pilgrims choose Roncesvalles as the starting point of The Way of St James.

Why? The steep climb form St Jean Pied de Port to Roncesvalles is more than 1.500 m (4921ft) high, what can be considered as an odyssey for many pilgrims Specially for those who are not fit as a fiddle o for those that cannot afford a proper training before starting The Way.

This along with the fact of avoiding cross two different countries, plus the economic component, cause that many pilgrims choose Roncesvalles as the starting point. 790 km (490 mi) left to reach the galician capital city: Santiago de Compostela. You can use the occasion to take a pic at the unique sign indicating the distance . A fantastic memory!

You will start your route seeing for the last time the entrance to Spain and you will walk through the N-135. A parallel path will take us to Brujas Oakwood, a forest where according to a legend Basajaun the sorcerer (this village was named after this sorcerer) used to do its pagan rituals. A little bit forward you could recall the heroic deed of Charlemagne in the Cruz Blanca cross or the Cruz de Roldán cross. If you continue through this path you will get to Ipetea industrial area and if you get left you will return to the N-135 that will take us straight to Burguete, our first stop. Local people will welcome you in its ancestral houses from the 16 and 18 centuries and also the Iglesia de San Nicolás de Bari church that was rebuilt many times during the middle ages. You will cross the main street to turn away to the right that is well indicated, this way you will cross a small wooden bridge over a stream of the Urrobi River. While walking through this stage you will see many industrial warehouses camouflaged among green fields where cattle are grazing free. Then, an asphalted road will take you to Valle de Erro. Ernest Hemingway fell in love with this wonderful village and he used to visit it to trout-fishing. He wrote about its experience there in his novels.

We will cross the old village again towards N-135 road, but before will make a stop at St Bartholomew (San Bartolome) church to appreciate some silversmithing items. Later, we’ll take a diversion to the right to sidewalk hiking a while, paying special attention as we have to turn left after a pedestrian crossing towards Mezkirits top. A carved image of Roncesvalles Virgen will cheers us up just in the hardest climbing spot, but it’s fortunately on the shadow and surrounded breech trees.. After crossing a narrow dirt trail, we can get our energies back enjoying the view of the valley beneath our feet. Just a short contact with the road and back to a path on the right until we reach a roundabout. Next step: Gerendain. This small village was a must stop for ancient pilgrims as was the home for the Orphanage before The Roncesvalles’ one was inaugurated. We can stock up on the local supermarket and have a cup of tea on the bar, just a little break before carrying on towards Lintzoain. Dozens of sheeps walk with us meanwhile we cross a small village. A few steps later we ‘ll bump into a milestone that will redirect us to a pavement trail on the left. From this moment on, we’ll face some steep slopes through a forest track to reach an altitude of 800 m (2625 ft) high in Erro’s Top. We’ll be rewarded with an eclectic forest full of oaks, pines and birches. We’ll pass as well through a break area that recalls the death of a senior Japanese pilgrim. Back again to N-135 road and a tough descend towards Zubiri. Tons of ramps with pebbles make harder this last part of the stage, so special attention is required for the 4 km (2,5 mi) descent to avoid accidents. .

We’ll cross the river Arga using a Medieval Bridge. Its ancient stones will tell us an astonishing story. Dozens of legends revolve around this structure throughtout the history: They belived that animals around some pillars could cure rabies. In fact this bridge was so important that the name of the village (Zubiri) means in Basque: The Bridge Village. These recovering powers conferred upon the bridge dated of the 11th Century, when according to the legend, St Quiteria’s remains were found ( Martyr Virgen of the 2nd century). So we’ll finally penetrate in the Esteribar Valley between martyr’s legends and recovering powers and The Bridge’s Village ending this way the second Stage.

We walk by your side! If you have any doubt about this stage or about other stages, please contact us, we will help you. Have a nice Way, Pilgrim!

The end of the stage is located at Zubiri, but many pilgrims keep on walking until Larrasoaña, just 5,5 km (3,4 mi) away plus an extra hour. If you decide to continue you should do it on the left side of the Arga River. After some farmhouses, you will get to the end of the stage.

Due to the descents, this stage is not a recommended for people with reduced mobility. If we are looking for an alternative, we could follow N-135 road. However, it is a risky route as well for being a busy road. Cyclists will consequently be affected for the Erro’s descent. It is highly recommended to follow the main road to avoid any injuries. There are no remarkable difficulties for the rest of the way, except for a couple of spots where cyclists will have to get off the bike to cross a bridge or a stream. 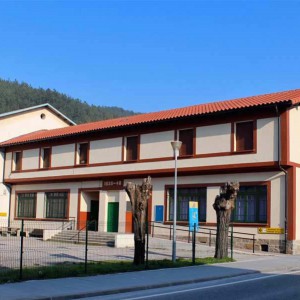 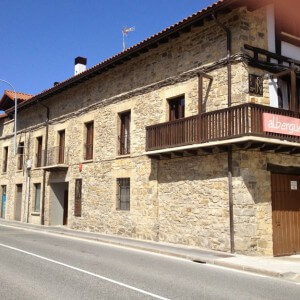