Why choose the Camino Aragonés?

Nowadays, it is one of the most solitary routes within the Camino de Santiago. What is bringing about this solitude? There’s no sure answer, seeing as the journey boasts an exquisite medieval history and wonderful landscapes, combining fields and forests with open spaces and less vegetation. Moreover, we should take into account that the journey begins in the Pyrenees, and goes on to pass through charming forests and small villages.

However, it is possible that the reason behind its lack of crowds is due to its proximity to high altitudes, where heavy snows often fall from the month of November until almost May, which makes it impossible to confidently do your pilgrimage, and in some cases can even be a danger. Moreover, it doesn’t have the best signposting, due to this very lack of pilgrims along the route.

Due to it not being a very travelled route, it doesn’t offer a wide range of accommodation along its path, but this doesn’t mean to say that those on offer are not exceptional, as well as adding a certain bonus of adventuring into the “unknown”.

The history of this path dates back to the Century XI, when the first kings of Aragón decided to improve the communication network in their territories, reconstructing roads that had been in use since the Roman period, and constructing other new roads, along with renovating bridges and accommodation along the most relevant routes for the Spanish territory.

This change was brought about by the growing arrival of pilgrims and travelers that arrived to the port of Somport, along the most important international route of that time. The route in question, was in a dense network of roads and paths that included large sections branching out from different parts of France, England, Italy etc.

Due to the increase in monasteries and shrines, caused by the appearance of famous relics from that period, new routes were created whereby pilgrims could access the churches and worship the miracles that were associated with the Camino de Santiago.

Stages of the Camino Aragonés 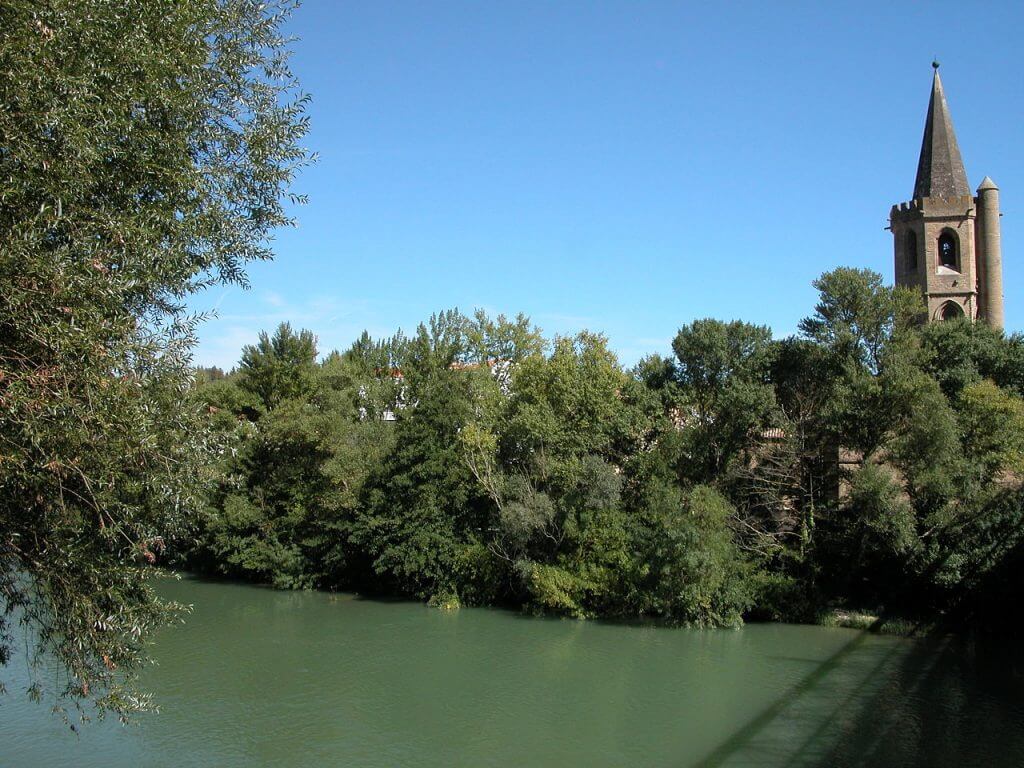 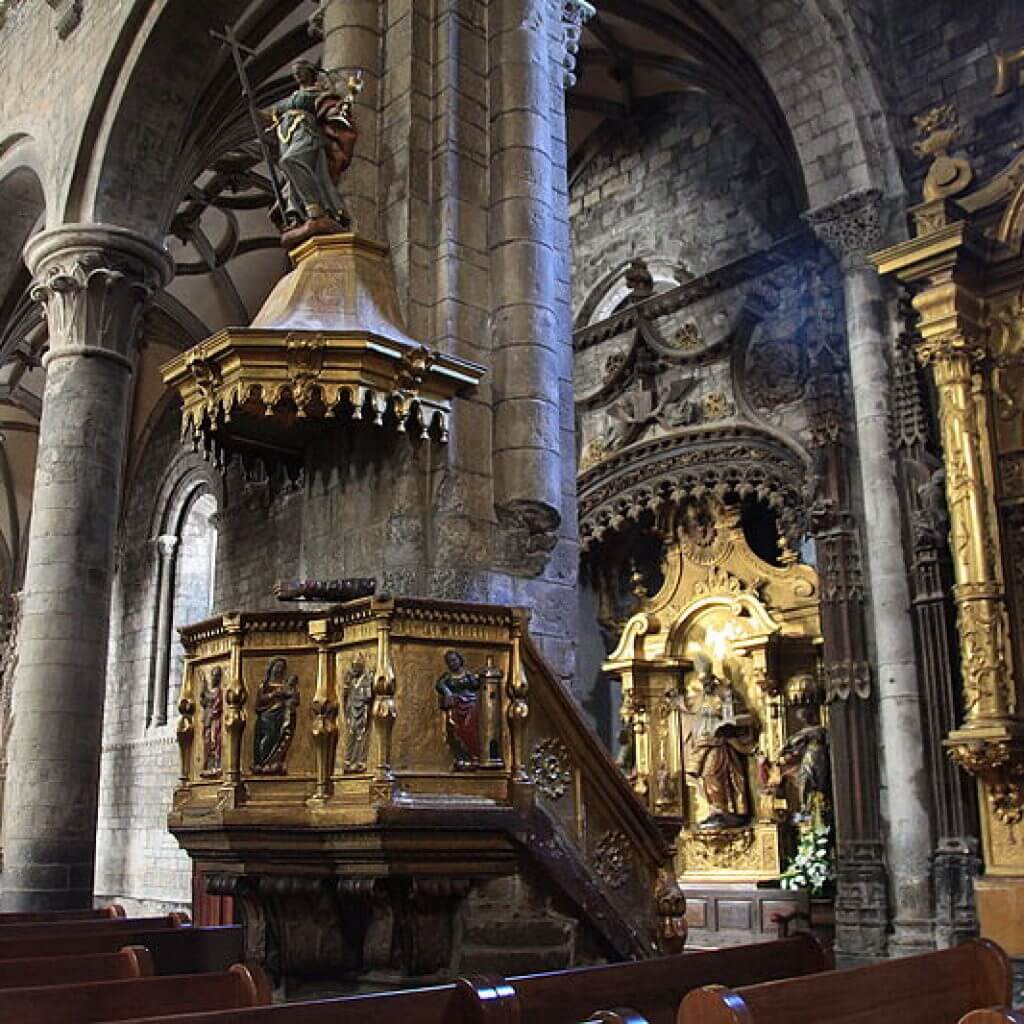 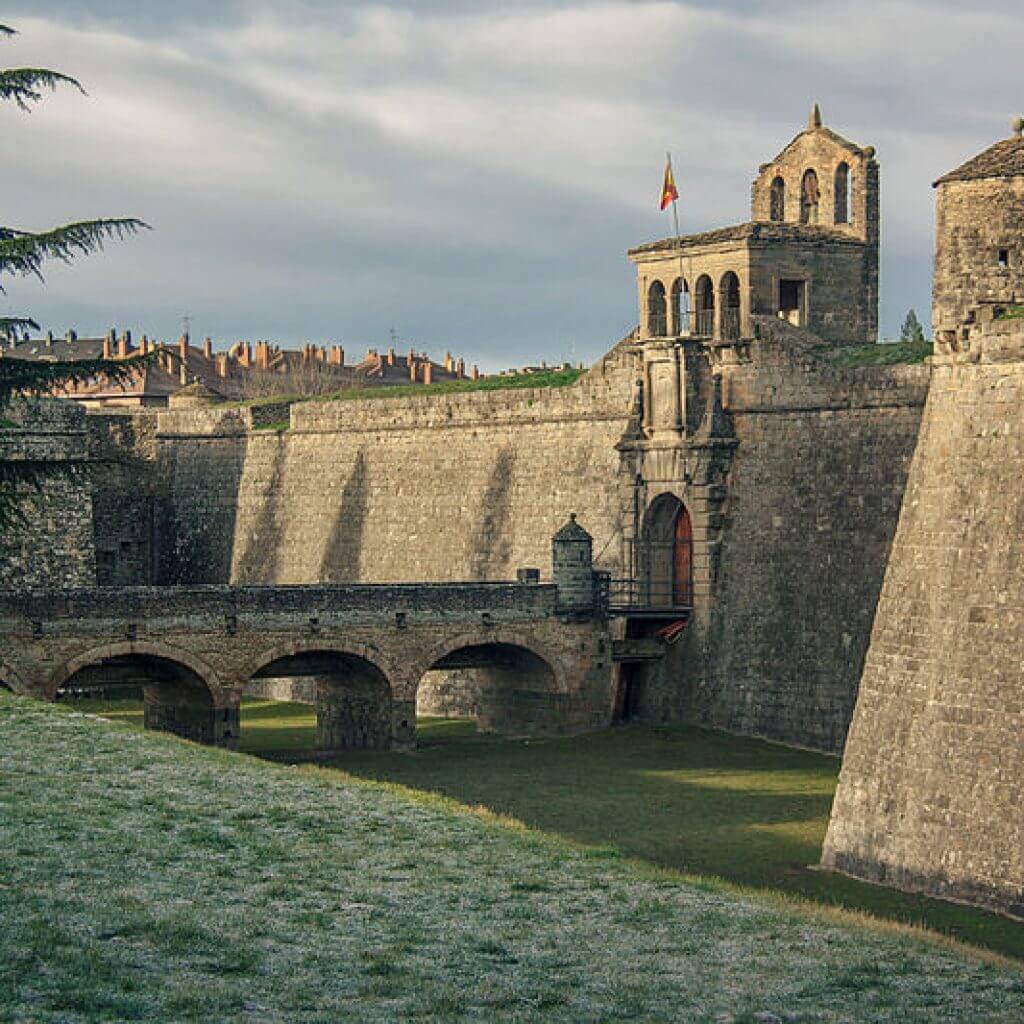 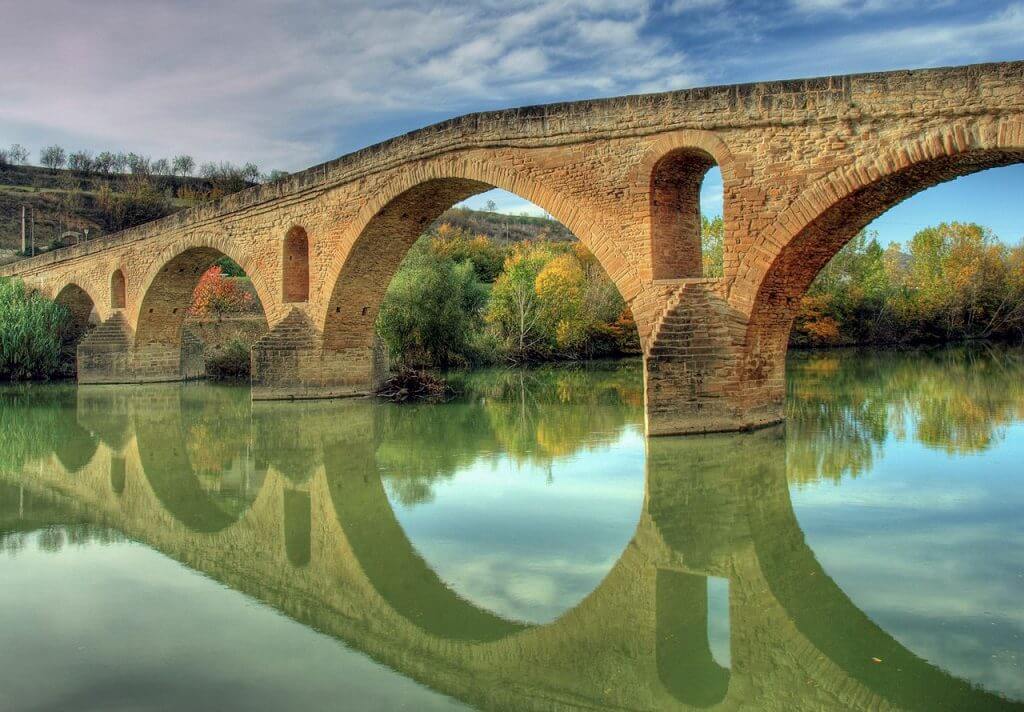 This route is mainly done along this large river, with pilgrims even having to cross it several times during different stages.

This Romanesque style construction has been standing since the century XI, and is located in Jaca, in the province of Huesca.

Formerly known as the San Pedro Castle, this is a fortress with an Italian influence. Guided visits can be done.

Constructed over the River Arga, the region is named after this bridge. It is directly related to the “Leyenda del Txori”, or in English, the Legend of the Bird”.

Continue along Stage 5 of the Camino Francés

Frequent Questions about the Camino Aragonés

Along this route you will pass through several different towns that each have their own particular charm, namely: Jaca, Arrés, Sangüesa o Monreal, among others.

The River Aragón travels with you along much of this route, and in the town of Jaca, you shouldn’t miss the opportunity to appreciate its Cathedral and Citadel (formerly known as the Castle of San Pedro).

The Camino Aragonés, also called the Camino Francés via Aragón, is one of the many secondary routes that exist throughout the Camino de Santiago. It’s a relatively unknown route and therefore doesn’t offer a wide range of accommodation for pilgrims.

On Pilgrim.es we have much more complete information about this, and many more routes. Check out our website to discover all the routes that make up the Camino de Santiago; its stages, maps and even its villages with recommendations on what to see in each one.