Camino Portugués Along the Coast

¿Why choose the Camino Portugués along the coast?

The route is generally flat and easy to manage all year round, winding between cliffs, mountains and estuaries. It starts in the important city of Porto, and goes through towns such as Póvoa de Varzim, Viana do Castelo, Esposende, A Guarda, Baiona and so on.

The River Miño greets all the pilgrims coming from Portugal upon their arrival in Galician territory. For many centuries, the main choice was to branch off towards inland Galicia, specifically Tui, however following the path along the coast on arriving to Galicia, it can be done differently: from the region of Caminha, taking a ferry to A Guarda.

The Camino Portugués along the coast has beenrecognised as an official Camino route since only a short time ago. This itinerary stretches along the 280 kilometres that separate Porto from Santiago de Compostela in several stages that pass by the sea. Therefore there are many attractive aspects to this route: the natural landscape along the coast and the peaceful atmosphere along a route that is relatively unknown for the moment.

Despite being recognised officially only a short time ago, the history of this route is as old as that of the classic Camino Portugués. It began at the start of the Century IX with the discovery of the sepulchre of the Apostle St James the Greater, which generated a wave of pilgrimage, not only from Portugal, but also from all of Europe, thus laying out the various routes of the Camino de Santiago. However the importance and number of these pilgrims increased in the Century XII with the independence of the territory and the naming of Alfonso I as King of Portugal.

There are various itineraries starting in Portugal that can be followed in order to reach Galician territory and they are marked by routes inherited from the Romans. Walkers coming and going established not only religious but also economic and cultural ties between the two territories. The example set by numerous kings, clergy and noblemen contributed to the establishment of a particular devotion to St. James in Portugal, that has only grown over the years. Some of the most well-known documented pilgrimages were those of Isabel of Portugal, the “Holy Queen” who offered her crown before the altar of Santiago and was buried in Coimbra with the pilgrim’s walking stick. Or the Portuguese King Manuel I, who made a pilgrimage to Santiago in 1502 and there ordered a lamp to be lit both day and night in the Santiago temple.

This coastal route was also used by pilgrims from overseas that arrived at Portuguese ports, from which they began there journey on foot to Santiago de Compostela. This is why the Camino along the coast, along with the classic Camino Portugués and the inland route are all recognised Jacobean routes. The Camino along the coast is also known as the Monastic Camino due to the numerous monasteries that can be found along the route. Among them, the Monastery of Santa Maria de Oia stands out, a Cistercian monastery from the XII century erected in the village of Oia, Pontevedra, which has had a great influence over the south of Galicia and north of Portugal. It was an obligatory stop for the pilgrims who traveled along this route.

Like the other Jacobean routes, in the Century XVI it began to suffer a slow decline and now, in the Century XX! its rehabilitation and recuperation is being attempted, given that due to its characteristics, the landscapes and rich artistic heritage,it is a very appealing route.

Stages of the Camino Portugués Along the Coast 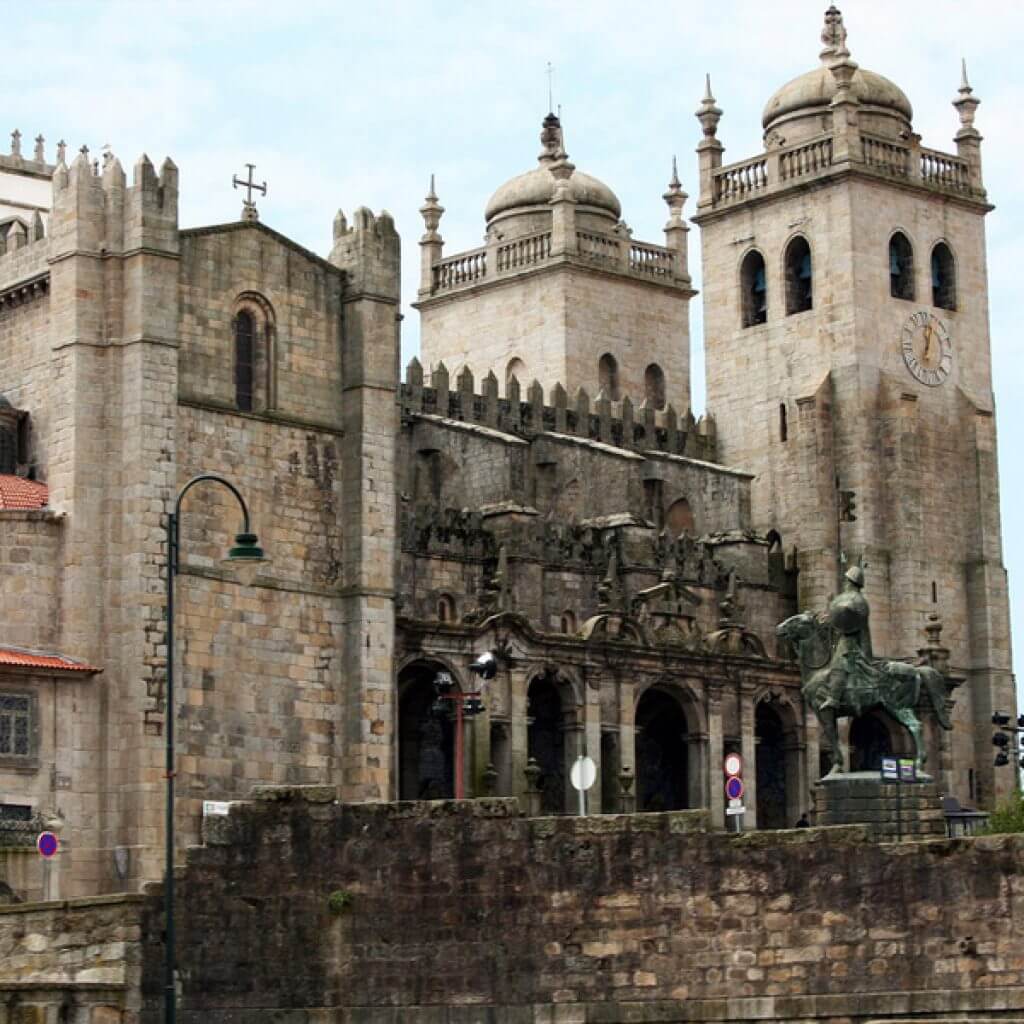 The Cathedral of Porto 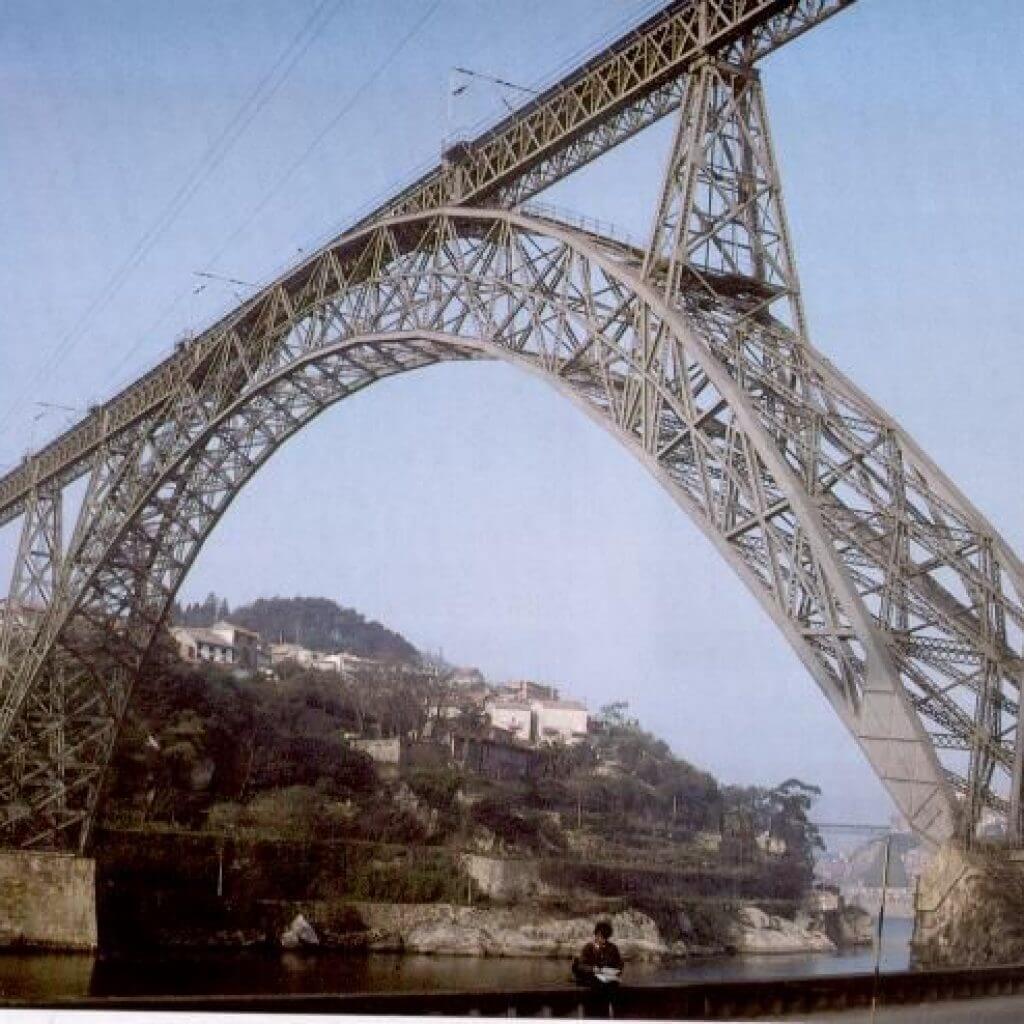 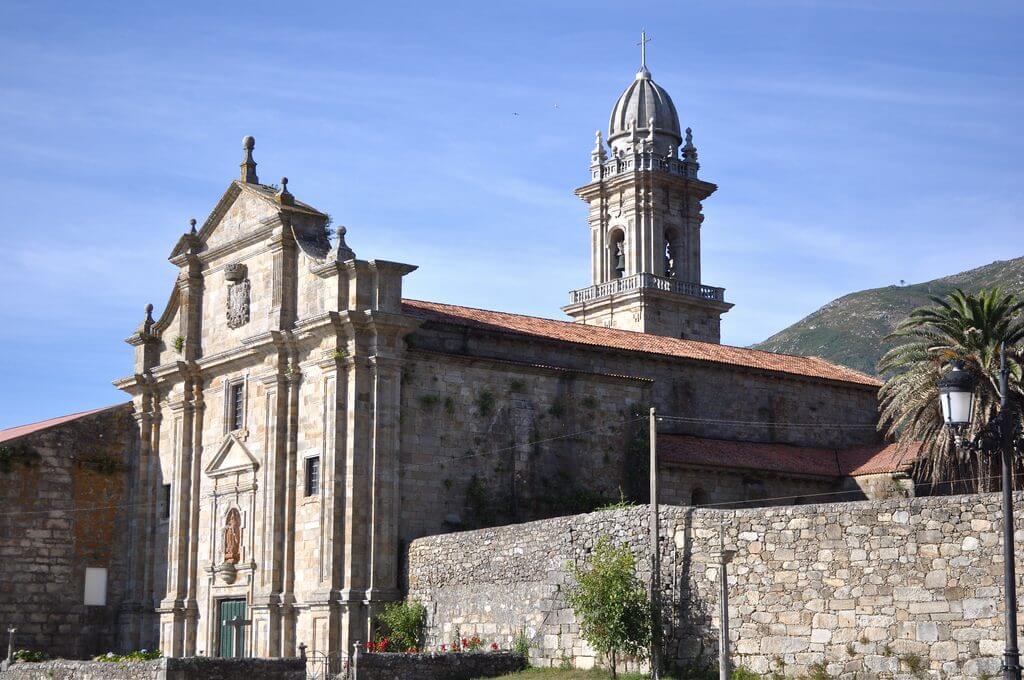 The Cathedral of Porto

One of the oldest monuments in the city. Its a romanic style building, constructed in the Century XIII, which has undergone several changes over time.

Created in 1878, this bridge was constructed at the peak of iron-based architecture. Téophile Seyring, a disciple of Gustave Eiffel, was its designer.

It dates back to the Century XII and at one time, was a hospital for pilgrims. Moreover, it is the only Cistercian monument to be created beside the sea.

This is a fortification located in the outskirts of Porto, specifically in Foz do Ouro. Dating from the Century XIV, this construction was created to preserve the river entrance to Porto.

Stages of the Camino Portugués Along the Coast by Bike

The most common questions about the Camino Portugués Along the Coast

If your objective is to get the Compostela, you should do at least the last 100 km of the Camino. In this case, you would start out from A Ramallosa. However, if you are doing the Camino by bike, the minimum distance increases to 200 km, whereby you would have to start in Porto.

Along this Portuguese route you will pass through a large amount of towns and villages, each one with their own charm. However, there are certain towns that pilgrims usually fall in love with, namely: Porto, Póvoa de Varzim, Viana do Castelo and Caminha, among others.

This route, along with the Camino del Norte, is the only one that follows alongside sea, in this case the Portuguese coast on the shores of the Atlantic Ocean. This route will gift you with some amazing views that will help you along your Camino.

Although it is as old as the main route, it has only recently been recognised officially as a Jacobean route, so it is often considered a “young” route. It joins the main route in the town of Redondela.

On Pilgrim.es we have much more complete information about this, and many more routes. Check out our website to discover all the routes that make up the Camino de Santiago ; its stages, maps and even its villages with recommendations on what to see in each one.