In this stage the cereal fields will turn into colorful olive trees and vineyards, an omen of the entrance of the Riojan region. Dark legends and medieval villages are hidden by rivers and brigdes across an old roman roadway. Estella will welcome us with poppy fields and wheat fields.

You will now leave the enigmatic town of Puente la Reina going through the bridge over the Arga River that is one of the most appreciated monuments by pilgrims. In this case, we will turn left to go to Zubiurrutia, also known as the nun’s neighborhood due to the fact The Holy Spirit Commanders Coventry was located there. Today we will get close to the river again, this time on its left brook and and after leaving behind a water plant we will face the hardest stretch of the day. We will have to beat many slopes until we get to the A-12 dual carriageway also known as the Way Dual Motorway. After crossing a ground path we will see the first stop of the stage: Mañeru, a wine village.

We will see a stone cross from the XVI century and then we will go through a medieval street called Esperanza that will lead us to Los Fueros Square. This small village was a hot spot during the Carlist Wars since most of the battles where fought in the surrondings. Currently, you can see a church devoted to Saint Peter, this church is close to the Plaza Mayor square. We will go through Forzosa Street to leave behind the village and after crossing the local graveyard, big wheat, olive and wine fields will appear in front of us.

After nice stroll of three kilometres long (2 miles) we will go through the hill that protects the village called Cirauqui. We can appreciate its medieval framework on account of the steep streets and old walls we will cross thank to one of the gates. We will cross Saint Catalina Street towards the City Council. It is required to divert our route to the right to climb a staircase to visit a romanesque roman temple called Saint Román. We should scrutinize its South façade as it is pretty similar to the Saint Peter de la Rua in Estella and to the Santiago’s gate in Puente la Reina. We won’t be allowed to get inside this XII century church, but it’s worth just to appreciate the beauty of its front gate.

After passing through the Town Hall ( where you can get a stamp on our documents or asking form information) we’ll go down the majestic roman road as part of the stage. There are some original parts of the road and another ones that were rebuilt such as the bridge that goes over the Iguste River that was rebuilt in the 18 century. Now the yellow arrows will lead you to the way that goes next to the dual carriageway called Autovía del Camino, at this point you should remember all pilgrims that for ages have been starting their way to Santiago to worship St. James walking through the same way that you are walking now.

You will cross the dual carriageway through a flyover and then you will cross the Dorronda River through a medieval bridge that just has one arch. After two kilometres (one mile) you will be walking through a secondary road to the cross a viaduct called Canal de Alloz that is from the 20th century. Now you are very close to the famous Salado river where you can find out if the legend about it is true.

The fifth book of Codex Calixtinus tells that people that drink water from this river would die due to the poison that it contains. According to the legend, local people used to encourage pilgrims to drink the water and then, when they died, local people stole all pilgrims stuff and goods.

If you survive, there is just one kilometre (less than a mile) left to get to your next stop: Lorca. You will cross again the dual motorway, this time through an underpass and then you will go through a path to the left to get to this lovely village that is deeply linked with the Way since the 13th century. Saint Salvador church with its enormous apse and its figure of St. James Pilgrim will welcome you once you get to this village, after crossing the Mayor Street. Before entering in this village you will see the Maurien stone cross. Due to its proximity to the dual motorway there are lots of new residential areas that you have to cross to get to the old part of the village. You will get to this part of the village going through a bridge over the Iranzu River. Through the Nueva street you will get to the Peregrino square that will lead you to the gothic church of the Anunciación. In the following square you can honor Saint Veremundo, Navarre’s Way patron saint. Then you will go through the Camino de Estella street that will lead you to Saint Miguel hermitage, that is just a part of a medieval monastery.

You will leave this pre-Romanesque church at the left and you will go through a path parallel to the NA-132. There is a monument devoted to a Canadian pilgrim that died there. A stone monument and a Virgin figure recalls this tragic event. Due to this, the route was changed and now the Way goes through an underpass to avoid the national road. Then you will go thorugh a bridge over the Ega river that will lead to you Estella. The original way did not cross this village but in 1090 the king decided to modify the route to make the way go through this village that used to be called Lizarra, and give Estella those proper privileges of any Way’s town.

Do not forget that:

As the 11th century Benedictine monk Aymeric Picaud said, Estella is a town with good bread, excellent wine, lots of meat and fish and all types of happiness.

This is not a hard stage but if you want to avoid Cirauqui hill you have to know that you can go through an alternative route that is indicated. Cyclists have to know that there is no complicated parts but if the weather is not good they should walk through some parts of this stage in rainy days, when it is very common to find mud. At Cirauqi if you do not want to go through the old town you can surround the city next to its left side and then return to the original route. You have to take into account that some part of this stage go through national roads and it is necessary be careful to avoid accidents.

People with reduced mobility should also be careful when it come to go through this road parts because they should pay attention to vehicles. 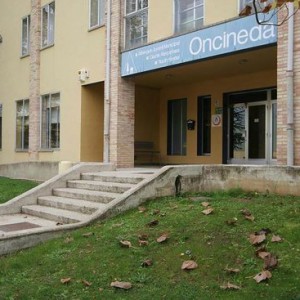 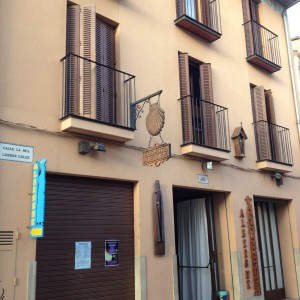