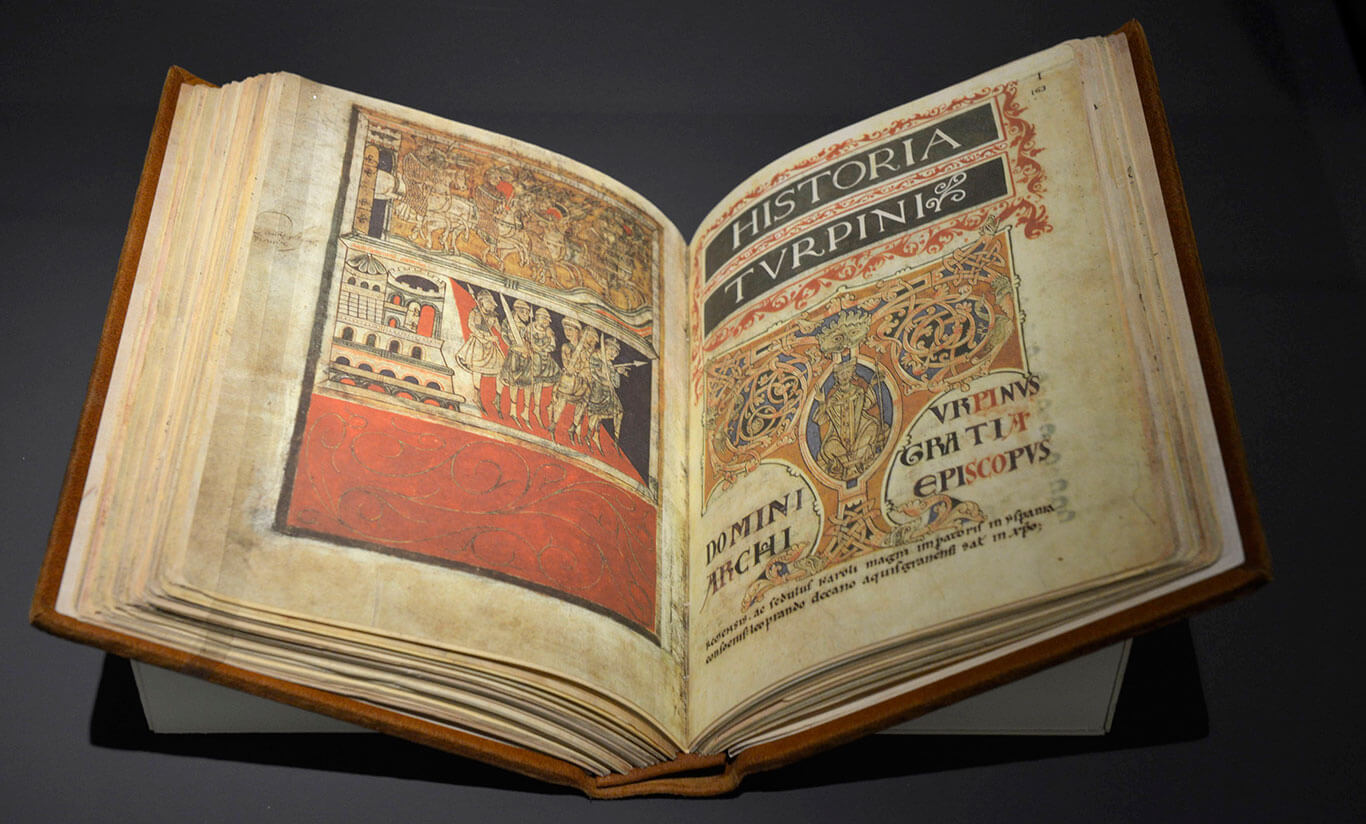 The Codex Calixtinus,is considered one of the most important documents of the Christianity. and a truly guide for The Way of St James.

Other interesting topics : What to do in Santiago de Compostela.

The Codex is currently protected at Santiago’s Cathedral. But it wasn’t there always.

From an uncertain origin, this manuscript is composed by more than 200 parchments and it’s divided into 5 books and 2 appendix.It was copied several times, and one of those transcriptions is precisely guarded in Santiago de Compostela.

No one knows neither the location of the original Codex nor the real author, many experts consider it could have been written in France or in Spain

Regarding the composition, the body of the text is divided into 5 parts. The most relevant and analyzed part is called The Pilgrim Book , traditionally accredited to Aimery Picaud. Even it is more than obvious that this Benedictine monk took part in process of this medieval text , there is already certain controversy about the author. 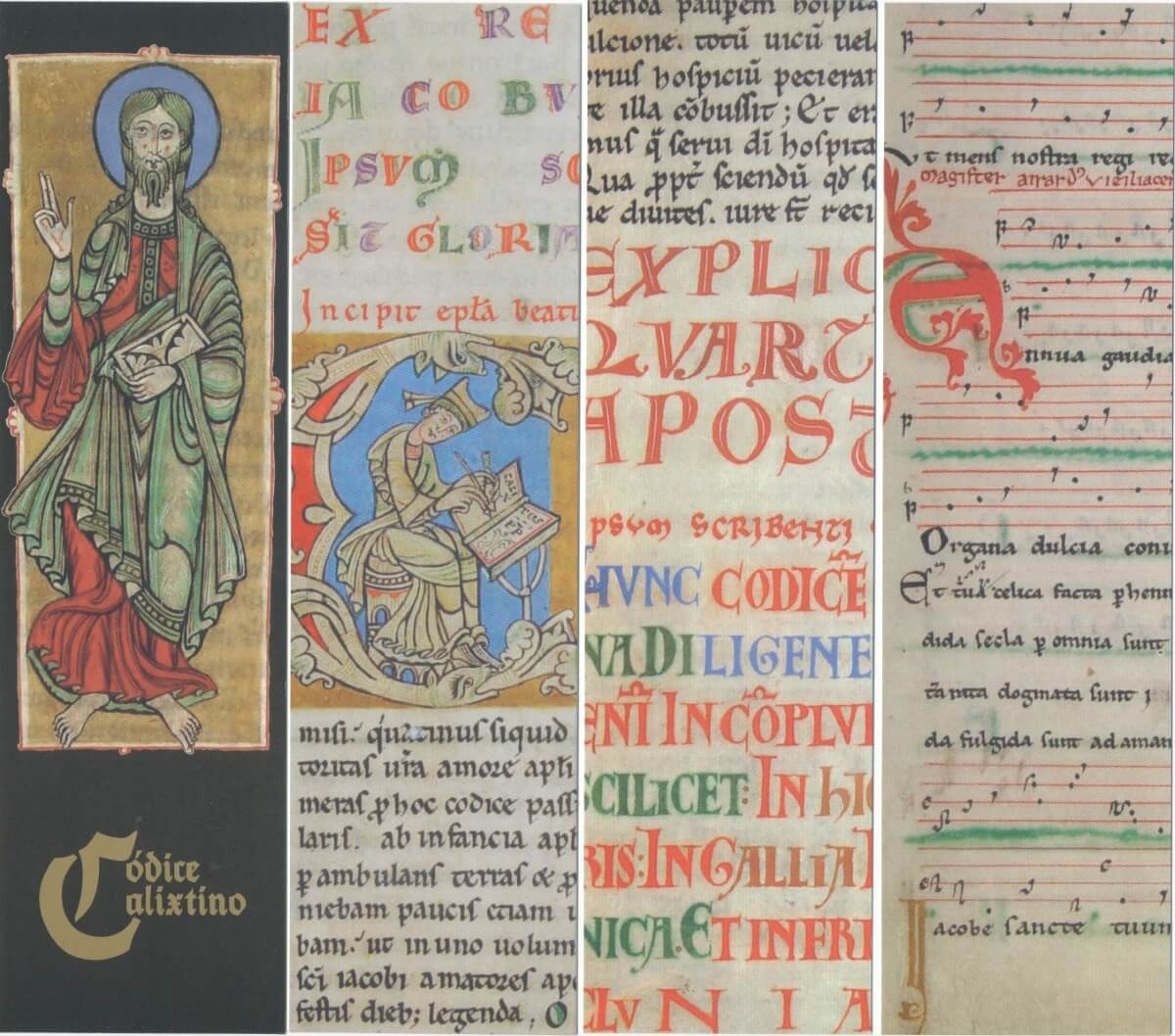 What is the Codex Calixtinus about?

Attached to this part, we can find the Real Jewel in this part: The Polyphonic Corpus This is the first polyphonic written document. We can observe music notes on a tetragram using a disystemic notation or for intervals.

In the rest of the Codex , we can find music as well , specially in the first book, this time under an monodic style. 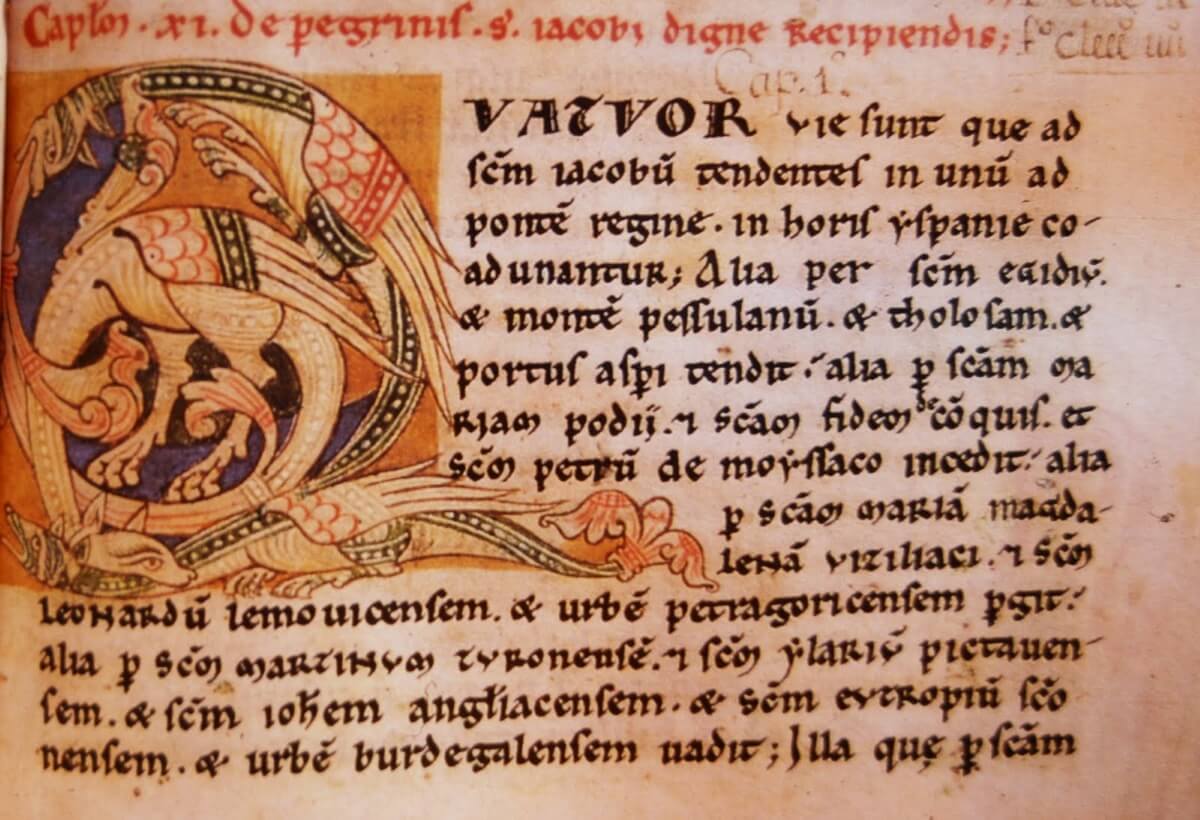 Despite of being a vital document, it was lost for many years in the archives of The Cathedral , being rediscovered in the second half of the 19th century.

The discoverer was the archivist of the Cathedral, Antonio López Ferreiro, who helped both with the restoration and the campaign to bring it to light It was therefore under the protection of the archivers and scholars of the temple for more than 800 years.

The robbery and the recovery of the Codex Calixtinus

The Codex disappear from the safe in 2011. After several weeks of investigation in July 2012, a discovery revealed that the electrician in charge of the maintenance of the Cathedral was in fact the thief. This wasn’t his unique robbery as many documents and money were found at his home .

After the recovery, The Codex became very popular, so taking advantage of this sudden interest, an itinerant exhibition was created as an opportunity to making known this singular book.

To this day no expert was able to decode the riddles hidden inside this millennial document. It is nowadays guarded under heavy security at Santiago’s Cathedral. 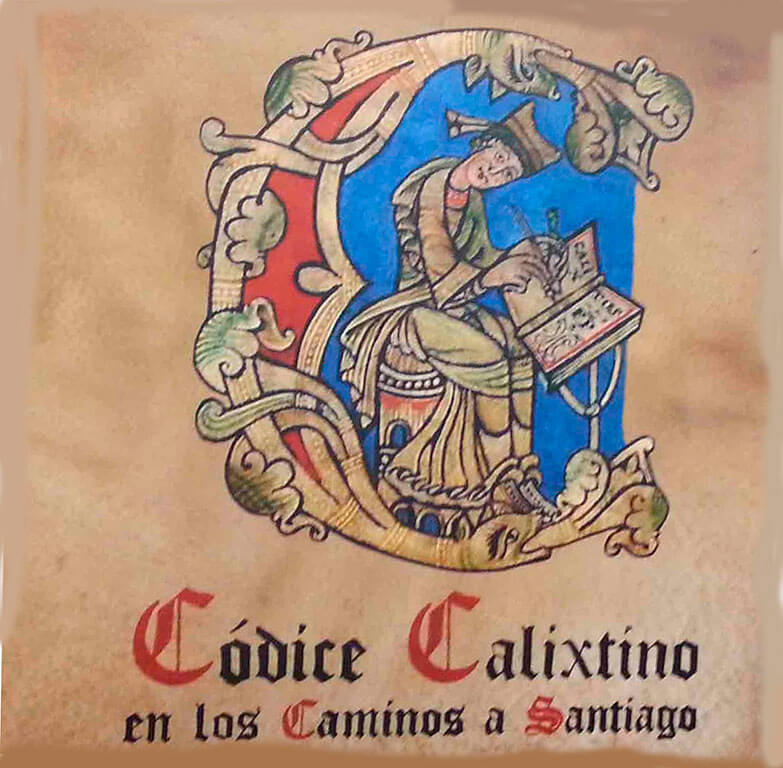