This is a stage with a high distance but which passes through places with a great Jacobean tradition, ending in Monforte de Lemos, capital of the region of Tierra de Lemos and Ribeira Sacra. Our faithful travelling companion, the River Sil, will be replaced by the Saá, which we will hug before reaching the capital of Montfort.

From Quiroga, we leave in search of the local road towards Monforte de Lemos. After passing under the national bridge, turn left to cross the river and continue to San Clodio, capital of Ribas de Sil. We will be able to stop for breakfast and visit the church of San Clodio, founded about a thousand years ago. Of the original Romanesque chapel, only the circular apse is preserved, and of the old abbey, only the tower attached to the church reaches our time. It also has a wonderful fluvial beach where we can refresh and rest in the shade of its picnic area.

We can’t take too long as we still have a little more than 20 miles to go. We bid farewell to San Clodio through its Calle de la Libertad towards the so-called “ponte de ferro”, an important point of communication between this town and Quiroga in the 19th century. As soon as we cross it, we enter Espandariz, whose chapel we leave on the right hand side to continue towards the national road, saving it a little further on thanks to a tunnel.

Take the local road to San Lorenzo de Nocedo and then turn right to continue up a track to the solitary chapel of Los Remedios. From this point, we will descend for approximately one kilometer to the Lor River, specifically to the place of Carballo de Lor. In the middle of the valley, we will have to cross a bridge whose origins go back to the Roman Empire and at the end of which there was probably an inn where the tax was collected. We are already in the lands of A Pobra de Brollón, continuing our walk along a detour on the right that leads to the church of Santa Mariña and we quickly begin to climb to the top of O Castro da Lama.

Thanks to the natural situation of the hillside, this fort was located in a strategic defensive point, controlling also all the land under the hillside. Nearby is the old gold mine of o Medo, on clay soil and irrigated by the waters of the rivers of a Barxa and do Val.

Following the Jacobean route, we come to a crossroads, where we must continue straight on towards Castroncelos and leave the church of Santiago on the right, built with slate walls and a large square tower dating back to the thirteenth century. In only about three kilometres we reach the town of Pobra de Brollón, previously passing through Vilarmao, Reguengo and Fontela.

The Saá River welcomes us to this town, crossing a small stream over some stones and reaching a rest and recreation area on the banks of this river. Access to the city centre is via the main street, quickly reaching the town hall and then immediately turning left at the next junction. It is a good place to recharge your batteries and take on the remaining kilometres to the capital of Montfort.

As in previous days, we will follow the course of the river but in this case it will be the Saá, passing through the places of Lende, A Zapateira and Ponte, where we cross over it to reach the main road after walking through the Cereixa district. We must cross the LU-652 and continue straight ahead, until we reach the parish church of San Pedro and its crossroads, which shows us the Santiago Peregrino. Interleaving asphalt and roads of lands surrounded by leafy forests, we continue through the neighborhoods of Rairos and Alto da Serra, about five hundred meters high and from where, finally, we will have to descend to reach the valley monfortino.

Following Reigada, when we reach the height of the Seco River, we turn right onto a path; we should not cross the river. Thus we approach the place of the “seven fountains”, crossing now a concrete bridge.

On the street of Las Cruces, after turning first to the left and then immediately to the right, we approach the railway tracks. Then we turn left, following parallel to the tracks and after a few metres we turn right towards a level crossing. After crossing the second pass, if we continue straight ahead, we will go straight to the town centre but, if we still have the strength, we can continue on the right, ascending to the San Vicente mountain and therefore to the spectacular monastery of San Vicente del Pino, currently a Parador de Turismo.

There is always the possibility to divide the stage in two, Pilgrim puts in your hand all the available information, advising you on everything you need and helping you to plan the best way of your life.

It could be considered the hardest stage of the entire Winter Trail because, in addition to being just over thirty kilometres long, the slopes are considerable. Cyclists are likely to find it difficult to overcome these areas, especially in the areas of Nocedo and Castroncelos, having to detour by road at some points. 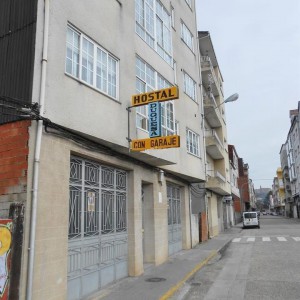 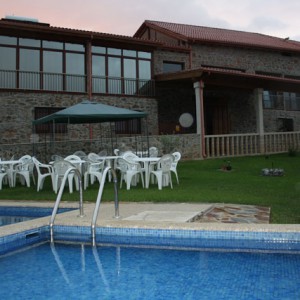