This stage is almost thirty kilometres long but it runs through Ribeira Sacra, internationally famous for the quality of its vines. We will walk along hillsides full of vineyards, flanked by the Belesar reservoir and the river Asma to finally reach Chantada and its famous Romanesque church of Santo Estevo de Ribas do Miño.

We leave Monforte de Lemos in search of the medieval bridge, which, after crossing it, we turn left, leaving behind the Sacred Museum and the convent of the Poor Clares Mothers. When you reach Campo de San Antonio, where you will find the town hall and a cross belonging to the convent of San Antonio de Padua, which has now disappeared, you will find the Franciscan convent of San Antonio de Padua, which you will leave on your left along calle Abeledos, Manuel María and lastly at the Chantada roundabout, where you will turn off to the left. You will quickly come to another roundabout, in this case taking the first turning on the right towards “A Vide” on the local road. First, we will have to cross the Cinca River and leave the asphalt to enter the neighborhood of San Ciprián and O Quintairo. Following the route of St. James’ Way, we leave this village behind us to go out again to the road and leave it behind along a path that opens up before us on the right. When you reach the height of an irrigation canal, turn right onto a parallel track that will lead you under a bridge. On leaving, we continue on the left, walking through the places of Lagoa, Campos and Pacios, where it is believed that there was a pilgrims’ hospital. After crossing the stream of Carboeiro, we will approach the church of San Salvador de Moreda, of whose Romanesque origin only some parts of the wall of the right nave are preserved. After a flat stretch, it is time to go up the local road and continue climbing up the asphalt until you enter the Pantón domains, specifically in the place of the Broza.

Once again, we come across a plain, following the road in front and passing in front of the pazo of O Reguengo, of which the large granite staircase and the tower of its 15th century chapel stand out. A few metres further on, turn left into an uphill dirt road, leaving the village of San Lorenzo behind. When we reach Castrotañe, we turn right again and go up again, in this case towards Piñeiro. Very close to the route there is an old crossroads, coinciding, in Castillón, with the Roman roads of Braga and Lucus. We will have to return to the asphalt of the regional road momentarily, crossing it and following it straight through a path between millenary trees. Interchanging uphill and downhill sections, we will continue along the so-called “camiño grande” to A Barxa, after another encounter with the road. We are now in the municipality of O Saviñao, in the parish of San Lorenzo de Fión and following the road to Diomondi, Rendal and Fontela, half a kilometre from the latter. When you reach a crossroads in Fontela, if you continue on the left you will come to the church of San Martín de A Cova, with a simple but beautiful decoration. Returning to the original layout along the LU-P-5817 road, we will continue along the towns of Vilaravides, Vilatiñosa, Sobrado and Cirdero, where we will be able to see a curious body of souls, a simple monument in honour of the deceased, normally placed at the crossroads and in the atriums of the temples. From here, we continue a little more than three and a half kilometres to the church of Diomondi, passing first through Vendanova, Outeiro and Montecelo. After several steep slopes, we finally descend to the church of San Pelagio, one of the greatest exponents of Romanesque art in this area and in whose side is preserved the old palace of Diomondi, one of the few examples of civil architecture that are preserved from that time. Shortly before reaching the temple, the path continues on the left hand side to the Belesar bridge over the Miño. This place gives its name to the next section of the route, known as the “Belesar elbows”, in honour of an ancient Roman roadway that existed there. Soon, we will begin to appreciate the vineyards that dot the slopes of the river, giving this entire area a winemaking activity. Thanks to a bridge, we will reach the village of Belesar, where the Peares reservoir flooded another ancient Roman bridge and a church. We approached Chantada, continuing straight ahead and bumping into another dungarees of souls. Following the previous path of the “elbows of Belesar” we reach San Pedro de Lincora, also dotted with a multitude of vineyards, attesting to this fruitful production activity in the area. We left the asphalt behind to take a dirt road in search of the stream at Puente Hermida. After this small backwater of peace we ascend again to the road and cross Follatal, Queixeiros, La Devesa de Rubiás and finally Líncora, behind Chantada. Its parish church of San Pedro dates back to the beginning of the 19th century, and three altarpieces have been preserved inside. From here we continue by road to the 12th century temple of San Salvador de Asma, a former Benedictine monastery of great importance until the 15th century. Following the course of the route we reach the A Ponte neighbourhood and cross a bridge over the river Asma to the area of Alameda. The entrance to the city of Santadina is on Calle Conde de Guadalorce or Paseo de la Alameda, following the course of the river. Continuing along the Calle Asoportalada del Dos de Mayo we arrive at the Plaza del Mercado to connect with Calle Calvo Sotelo and Calle Leonardo Rodríguez to reach the Plaza de Santa Ana, the end point of this stage.

Don’t leave Ribeira Sacra without visiting its vineyards and tasting the wonderful wines offered by all the wine companies established in the area!

Between A Vide and Moreda it is usual for the road to flood, so we will have to turn off by road. It is convenient to remember that the church of Diomondi is not in the Jacobean route, so if we want to visit it we will have to take a slight detour through Montecelo and turn left in search of the road. 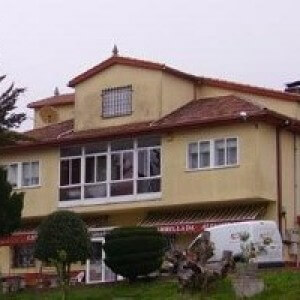 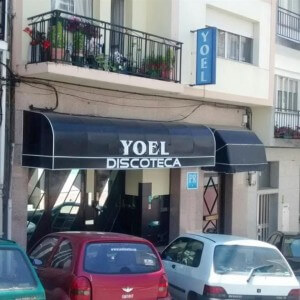