At this stage we will join the pilgrims who come from Ponferrada following the Winter Way. It is a long distance stage, almost thirty-five kilometres from both towns, but it is pleasant to walk through the beautiful surroundings, entering the province of A Coruña.

From A Laxe, we leave following the course of the national road, leaving it a few metres further on on the left for another smaller road. About two kilometres later, we will meet the N-525 again, just at Prado and from where we will continue on the asphalt for a while until we take a detour to the left along a track. At the end of it, turn right first and then left, and go straight on after a curve. We have walked approximately three kilometers when we reach the Deza River and the Taboada Bridge, through which we cross and ascend again by tracks in search of the national road. This bridge has been facilitating the passage over the Deza between Taboada and Prado since the 10th century, as well as being part of the old royal road that linked the cities of Ourense and Santiago. We return to the national road after crossing it and after a left turn, leaving aside the church of Santiago de Taboada. This temple, also from the 10th century, has a beautiful relief located on the tympanum of its main doorway, simulating the struggle between Samson and the Lion. There is a legend that says that every pilgrim who passes by must knock on the door with his head, and there is also a cross in honour of the Apostle James in the same square. Following the route, we leave the temple on the right hand side to take a path between groves on the left that will lead us to an industrial estate. We soon left it on another path on the left through the place of Trasfontao, famous for its manor house, now in private hands but which belonged to the Montenegro family. Along an uphill path, we leave this village to cross the road ahead and finally end up in Silleda, where we will find all kinds of services. After a well-deserved rest in one of its establishments, we left this town crossing the places of Foxo, San Fiz and Devesa. We have about seven kilometres of forest tracks ahead of us and always parallel to the national road to A Bandeira, a town that we leave quickly on this road for a while. After a few metres, we turn right into Vilariño, Piñeiro and San Martín de Dornelas, surrounded and protected by a multitude of eucalyptus trees, before reaching San Miguel de Castro. There we can visit the beautiful hermitage of San Miguel, donated by Doña Urraca to the church of Santiago in the twelfth century and which suffered from numerous reforms over the years.

Only three kilometres separate this town from Ponte Ulla, passing first through the beautiful hermitage of Gundián and its recreational area surrounded by beautiful carballeiras. We are at the border of the provinces of A Coruña and Ourense, where we can visit the church of Mary Magdalene, which still retains original Romanesque elements such as the gargoyles of its exterior. From here we continue along the street behind the bridge and we will take the AC-240, where we continue to the left and then to the right in search of the national road. We go up the last one temporarily turning left and crossing it again in front of us, crossing the railway under a tunnel and then taking an agricultural track up to a local road. By it we continue on the left hand side until the hostel of Outeiro, belonging to the city council of Vedra and end point of this second to last stage.

Remember that the stages are adaptable to the needs and preferences of each pilgrim. Do not hesitate to ask us about the best alternatives to make this trip an unforgettable experience! 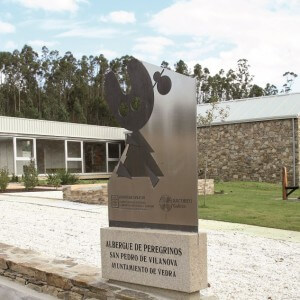 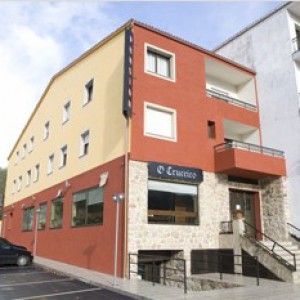