As its name suggests, the Winter Way was chosen by medieval pilgrims to avoid the snows of O Cebreiro and enter Galicia. Furthermore, it is the only Jacobean route that passes through the four Galician provinces, starting from the Leonese city of Ponferrada, a city that emerged in the Middle Ages under the auspices of the Way itself and the Templar Order, and passing through the ancient Roman excavations of the Médulas.

We begin this adventure by leaving Ponferrada, specifically, we go in search of the bridge over the Boeza River near the pilgrim hostel. We will continue from here, along its left bank, slowly ascending the mountains of El Bierzo, specifically Mount Pajariel.

In approximately five and a half kilometres, we will reach Toral de Merayo, a town belonging to Ponferrada and through whose medieval bridge with three arches we will cross the river Valdueza. This whole area is protected by extensive mountains of chestnut, pine and almond trees and fertile fruit and wine orchards. Quickly, we will arrive at the Plaza del Cristo, where we will be able to make a small stop and visit the Santo Cristo del Nogaledo hermitage. In this small town, there are also hidden the remains of a hermitage of great historical and architectural value, that of San Salvador. This temple with a single nave and vestiges of art, is one of the few monuments of this style that are preserved in the province.

We continue our journey with our eyes already set on Villalibre de la Jurisdicción, Priaranza del Bierzo and Santalla. In Villalibre we can also visit the church dedicated to Saint John the Baptist from the 17th century but built on top of an older one, as well as the hermitage of La Vera Cruz.

After a stretch of mountain we now go in search of the national road, which we access by turning left as we leave the village. ¡However, our incursion will be short because, a few meters away, we must turn off on another road to the right to Priaranza. From here, we leave along its main street to continue towards Santalla and its wonderful viewpoint from where we can appreciate the spectacular views from the top of the whole Bierzo valley.

We leave the nucleus of Santalla behind by its Calle Real, surrounded by beautiful balcony houses, very frequent in this area. Following the path we will reach in only a couple of kilometres the hermitage of Nuestra Señora del Carmen, in Rioferreiros. This small hermitage suffered the ravages of the water because in the sixties it was practically destroyed after a flood of a nearby stream. From here there are two options to continue, the first continues to climb straight up to the top of Ferreiros and the other alternative adds miles behind us, but we are rewarded in return for the beauty of its surroundings.

In the middle of the ascent, we will visualize on a promontory, the castle of Cornatel. This fort, declared an Asset of Cultural Interest, has its roots in an ancient military settlement, possibly due to the proximity of the gold mines of Las Médulas. After the abandonment of the Roman detachments, several families lived behind its walls, even becoming linked to the Templar Order. It then passes through Villavieja and reencounters the other route at the access to the fortification of Cornatel; a little further on, there is the small Romanesque church of Santiago, inside of which there is a Baroque carving of Santiago Matamoros.

We return to the road that leads to the castle (the path does not pass directly through there but we recommend taking a temporary detour to visit it) and go down to Borrenes. There we linked with an old Royal Road that connected the town with Las Médulas. Before returning to the national road, we will cross the Isorga stream and, in a little more than five kilometres, we will arrive at Las Médulas, a mandatory stop since all this environment was declared World Heritage in the late nineties and one of the best natural and impressive spots in the entire Iberian Peninsula.

After zigzagging between dirt roads and the asphalt of the national road, you can visit the Archaeological Hall, the first stop on this visit to understand all the functioning and history of this emblematic place. In addition, numerous guided tours of the mines themselves are organized from there, where you can observe the large furrows left on the mountain slopes by the large water reservoirs of the mountain, which are used to facilitate the extraction of this precious material.

Don’t wait until the last minute to schedule your visits, remember that for most of them, you have to make a reservation in advance. Don’t run out of space to discover how the Romans extracted the precious gold from the Médulas!

It is worth highlighting the hard ascent to Villavieja, gaining a considerable altitude in just three kilometers. After passing Santalla del Bierzo, we find ourselves with the choice of continuing along the national road and saving a few kilometres or taking a short detour around Villavieja and Cornatel Castle. If we have the time and strength, we must certainly follow this alternative as the scenery is spectacular. It is probably more convenient for cyclists to continue along the shoulder of the national road. 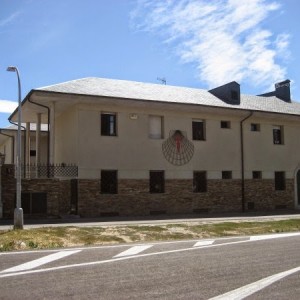 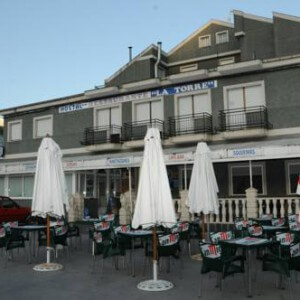