You will leave Almadén de la Plata through the road where the bullring is located. You will have to follow the yellow indications that goes through Cerro de los Covachos, through some paths. After two kilometres you will be walking through some paths to get to a stream. You should cross it and then walk next to it to get to the road that links almadén de la Plata and El Real de la Jara. You will walk through a field called Arroyo Mateos, surrounded by holm oaks and probably by some small animals. A little bit after you will see another stream, this one called Huerta del Corcho. You will have to walk up again. You will see a huge sign that indicated the route called Camino Viejo de Almadén. This old route used to link Almadén de la Plata and Cazalla de la Sierra. It was probably built to carry marble from Almadén to Córdoba. You will have to continue through it, crossing some fields, and then you will get to a bigger path that goes from Dehesa de Robles to El Real de la Jara. This will be the last Andalusian village that you will cross. It has its origins in the Roman Empire, some people believe that used to belong to old Tartesia. As we could see along this stage, this village has many surrounding meadows, as it is sustained on farming. Regarding its points of interest, you will also see a Mudejar castle just half a kilometer away of the Saint James route.

Moving on from here, shadows will not be very common, so we recommend you to wear sunscreen and a cap. Also, please stay well-hydrated to avoid sickness and heat strokes.

If the stage is too long for you can divide the stage into two and stay the night in El Real de la Jara. The last part until get to Monasterio could be a little bit complicated so you should keep calm. Do not forget to close all fences you pass by. Remember they avoid the cattle escape! 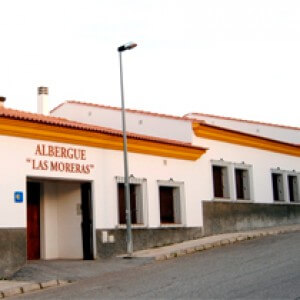 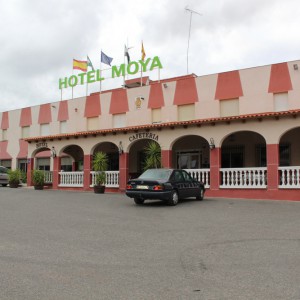