This stage was marked by the ascent to the Alto de Padornela, which was sometimes affected by the works of the AVE. Again, we will be interspersing trails near rivers and streams as well as secondary roads and the already known N-525. We will say goodbye to the community of Castilla y León, saying goodbye to it for the population of Lubián, where we can appreciate the typical Sanabrian architecture, both religious and civil.

We leave Puebla de Sanabria in search of the road that runs over the river and connects with the national road. Follow it very carefully along the shoulder until you reach the signposts for Orense and Zamora. There we turn off onto a path on the left and quickly enter the town hall of Cobreros. We descend again in search of the Castro River, to continue along its course along paths that at certain times of the year can be somewhat uncomfortable. Just as you reach the height of a factory, turn off into the N-525 and continue along it for a couple of kilometres, specifically until you reach the Santa Colomba junction. There we must say goodbye for the moment of the asphalt to save, later on, a small stream and pass in front of a shelter. Following the flow of the river, a few metres further on we will have to turn almost round to the right, taking a new path through the countryside. If we want to avoid getting lost, we can take a right turn to the national road and continue on to the next town. Less than a kilometre further on, we leave the road on the right to continue along a path that runs parallel to the motorway and will take us to the place of Quirigual. Just past its parish church and a modern crossroads, turn left and carefully cross the road and follow it to Terroso. We left this small village on Calle Cabecero and crossed the motorway by an overpass, linking up with an uphill path. Zigzagging and deviating alternately by several shortcuts that will help us to shorten the stage. e should not be frightened by the lack of signs, a sign will wish us a “good way” and we will begin to descend leaving the river bed to our left. Later, we will cross again on the motorway to reach the town of Requejo, the perfect place to take a break and have breakfast in one of its establishments. This municipality stands out for the environmental richness of the Tejedelo forest. After regaining strength, we will have to leave the village through the street of the town hall to cross from end to end the center. It will be just near the municipal cemetery, where we will have to turn right to look for the national road. The route from Santiago de Compostela used to go uphill to Padornelo, but the works on the AVE have made it necessary to change the route. It has recently been reopened, so we have two possibilities:

Once in the town of Padornelo, we now go out to the national one at a service station. Continue along this road for approximately a couple of kilometres and at the crossroads of Hedroso and Lubián turn right towards the latter town. A few metres further on, turn left into a dirt track that descends towards the village of Aciberos. This area is usually flooded in rainy seasons so we must be proactive and wear suitable footwear for this type of stage. From here, we only have about four kilometers left to finish the stage in Lubian, crossing from end to end the nucleus of Aciberos and entering an area of forests. A descending path will lead us to the river Pedro, which we cross by a bridge before crossing a tunnel and bordering the slope until we reach the finish line.

In this and many other stages, we will find waterlogged sections or loose stones, so wearing good and appropriate boots will make the difference.

As we have already pointed out, the ascent to Padornelo will be difficult, both because of the slope and because of the presence of the monotonous national road. Recently, a part of the original route has been reopened, which we detail in the section of the itinerary, so there are two options to continue to Aciberos. Cyclists and people with reduced mobility must take this factor into account when they are defining their stage. 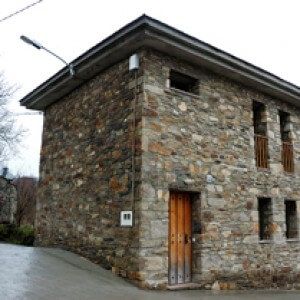 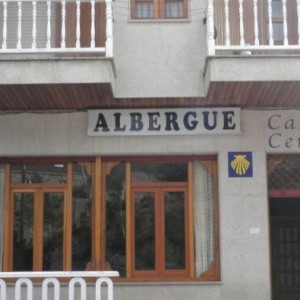