You will start this start near the cost, but then you will get to the inside part of the community. First, you will cross some beaches such as Deba and also some lovely cliffs.

You will leave Zarautz towards Getria and here, in the very beginning you will have two options. Your choice will depend on your physical condition. The first option goes on a path near to the sea, parallel to the national road. However, if you find yourself with strengths, you can ascend to Santa Bárbara shrine and enjoy the views. In this case, you must take the road that leads to Meagas, right next to Saint Mary church. Once you get to the road you will have to go through a path that will lead you to the Ermita de Santa María hermitage going through Getaria. This temple is from the 18 century, there were many problems to build it because there was no money, but local fishers made money to conclude the constriction. Then, after getting to this hermitage you will return to Getaria.

However, if can’t continue because we’re too tired, we can continue the way along the coast. From Zigordia and Orape street, we will go out to the national road looking for the path next to the coast. We’ll walk next to the sea until reaching the lookouts of Ailla and Iteiko, from where we can see the Getaria village.

You will get to the city where Juan Sebastián Elcano was born. You will get to this city through a passageway known as Katrapona under the Iglesia de San Salvador church and getting this way to the Calle Mayor street through a staircase. This gothic temple is from the 14 century and is a must for all pilgrims. Inside this temple took place some of the most important episodes in the Spanish history such as Juntas Generales de Gipuzkoa at the end of the 14 century. The presbytery is its most remarkable element, due to the unleveled surface on which it is set. At the end of the port, you can see the Monte de San Antón mount, this mount used to be an island until the 15 century; nowadays it is a natural park. The urban area of this village is placed next to the old island. This mount is also known as “mouse” due to its shape, that reminds you to this animal.

Despite of this village beauty, we should not entertain ourselves for too long as the stage still goes on. From Herrerieta street we must walk through a short but intense slope to San Prudencio’s neighborhood, in Akarregi. From there, we will go on the GI-3392 road for just a few meters and then turn to the left until Aziategi hamlet. We will walk along this path until Saint Martin de Tours de Askizu temple. This temple from the 16th Century has a Gothic style and only one vault. After the temple, we will find a fountain where we can recover ourselves. Leaving Getaria we will find two hostels: Kanpaia, in the old San Prudencio neighborhood, and Agote Aundi walking pass San Martin church. If we choose to go on, we will descend again searching for the national road and Santiago’s shrine, next to the Ignacio Zuloaga museum. He is one of the main Spanish painters of the end of 19th Century. We will go on towards Zumaia. We will arrive to the historical town after crossing Urola river and turning to the right across some gardens that will lead us to another bridge over Narrondo river.

Among Ángeles Sorazu, Nagusi and Arritokieta streets, we will reach San José de las Carmelitas Descalzas convent, reconverted during summertime in a hostel. We will also find Arritokieta’s shrine. After passing a rest area, we will find Elorriaga, the first neighborhood of Deba. From here, we can go on through the original Way or choose the coast side, parallel to the GR-121 road. If we go one through the road, we will need to ascend and then descend this difficult section towards the N-634 in Mardari’s neighborhood. Through this road we will find some slopes that will test pilgrims strength. When arriving to Itziar we will probably need to stop, so we can visit its church dedicated to Saint Mary, which was built over an old Romanesque temple. Again, we will have no problem finding services in this village. We are now very close to Deba, which we will reach after descending to San Roque shrine. We go on through Mogel street to find the local hostel: we can only spend the night here after going to the Tourist Office. This village is beautiful due to its beach and boardwalk.

We know everything about the way. You should taste all the typical gastronomy, we will recommend you the best restaurant to taste its typical dishes.

There are lots of ups and downs but it is a lovely stage. We recommend you enjoy the sea as much as you can because the next stage will be the last one where you will see the sea. It is not a complicated stage for anyone. 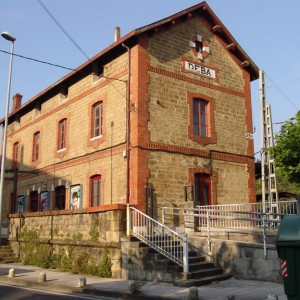 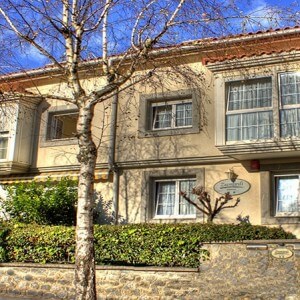