Many pilgrims choose to divide it in two, staying the night in Rionegro del Puente or earlier, in the cozy family hostel of Villar de Farfón. Once again, the Way puts us on a plate with two alternatives, one chosen mainly by the bikers and the other that runs along paths to the reservoir of Nuestra Señora de Agavanzal.

We start from Santa Marta de Tera, among the vegetation of the Tera riverbank, a affluent of the Esla river, to avoid several well-marked streams and crossings. After walking almost six kilometres, we will have to take the road and continue on the left in search of the river Tera and the recreational area of La Barca. We cross a bridge and leave the asphalt on the right, entering a path that we will follow, from now on, always straight ahead. The large amount of poplars and vegetation will force us to turn off towards a local road, which we follow for less than a kilometre before leaving it on a path to the right. We cross an irrigation canal, and thus access Calzadilla de la Tera, a town that has a hostel and a few establishments where we can get supplies or breakfast. Passing through its temple, turn right and continue along the bank of the canal until you reach Olleros de Tera, which also has a hostel and several shops. From here, we will find duplicate signposting, indicating the alternative of continuing straight ahead that leads us to a service road and to the reservoir of Nuestra Señora de Agavanzal and the one that turns off to the right, through rural paths to the Sanctuary of Nuestra Señora de Agavanzal. Probably, the first option is the most recommended for cyclists, and the rest of the pilgrims should follow on the right, first by road and then by paths to the temple. Recent restoration work has uncovered a bullet embedded in the carving of Saint Anne, believed to have been fired by Napoleonic armies. From here, we will meet the rest of the pilgrims in the later dam, from where we will cross the reservoir and turn left towards the road. Slowly, we will approach the town of Villar de Farfón, where we will pass in front of a small hostel run by a couple who have travelled the world in search of spirituality. We still have six kilometers ahead of us to Rionegro del Puente, leaving the temple of San Pedro by a road that is narrowing at times. Ascending gently up to a hill, we will be able to visualize this town, which we reach after descending the slope and crossing the Negro River. We crossed the national road under a bridge, and passed in front of the hostel, where many pilgrims decided to stop to divide this stage in two, since we still have about nine kilometers to Mombuey.

If we decide to continue, we continue along the Calle de la Vereda, right next to the national road, and a few metres further on, we take a dirt track on the right. In less than a kilometre, we cross the dual carriageway and follow its course on the left, until we turn off at a later point in search of a road parallel to the national road. We will leave at a junction where we must cross the road and continue straight on for a couple of kilometres until we reach a hotel establishment, from which we access Mombuey via the N-525. Then, just turn left onto Church Street, and you will quickly reach the pilgrim hostel.

It is difficult to schedule and anticipate the stages, because it will depend on the physical condition in which we find ourselves. It is not necessary to take everything tied up, but it is advisable to look at the available options, so as not to be surprised, especially by the lack of accommodation for overnight stays.

A little more than thirty-five kilometres separate the two towns, so if we don’t see each other, we can always stop at Rionegro del Puente or its surroundings.

If we see that the kilometres are passing and we do not see any yellow arrows or markers, we should not be afraid, the signposting is sometimes poor, in this case we must always go straight ahead. This stage will have no additional difficulties for cyclists or people with reduced mobility. 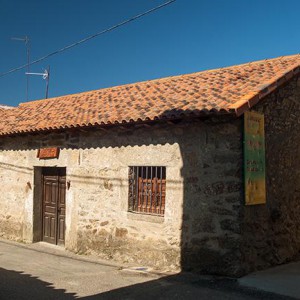 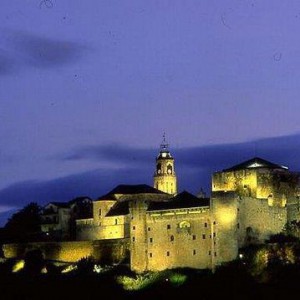