This is a stage of barely twenty kilometers in which we can choose the way to get to Santa Marta de Tera. Either through Bercianos de Valverde or turning off a little earlier to pass through Villanueva de las Peras, a slightly longer alternative. In between we will begin to appreciate some curious wine cellars excavated in clay soil.

From Tábara we continue in search of the ZA-121 road, taking it in the direction of Pueblica de Valverde. Shortly after, we will have to leave it to take a path on the left hand side, considerably shortening the alternative that leaves the church of Santa María. This other route continues straight ahead along a path besieged by windmills to a crossroads, where you must turn left and reconnect with the other route on the same road.

Following the previous path, we will continue a good distance until we see that the path begins to narrow and becomes a track. Following it, you will reach a stream, which you cross and follow along the same path, where you will come to several crossroads, where you will first have to turn to the right, then to the left, and just as you pass by a house, you will have to turn to the right. Right at this point, the road forks into two slopes:

Once we have reconnected, we continue along the same road, crossing the river Tera by a bridge and quickly get to Santa Marta de Tera, end of stage and where we can visit the church of Santa Marta, one of the oldest Romanesque temples in Spain and which offers a light show twice a year, coinciding with the equinoxes of spring and autumn. It also houses the oldest known carving of Santiago Apóstol Peregrino, located at its southern entrance.

Take advantage of the short stages to visit the points of interest in each locality!

Despite having quite a few slopes, most of them are soft and will not put too much stress on our legs. In the case of choosing the first variant, it should be noted that in Bercianos de Valverde we will not find any service. This stage does not pose any additional difficulties for cyclists or people with reduced mobility. 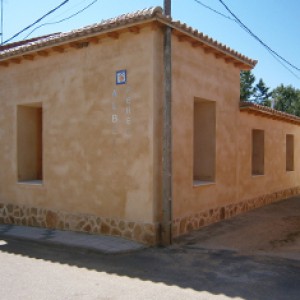 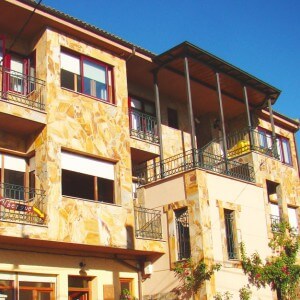