You will leave the most populated city in the Basque Country and you will walk towards one of the most populated per square kilometer in Spain: Portugalete. You will have to leave Bilbao and go through some industrial areas and neighborhoods to get to your destination. But you will also walk near nature, through forests and also accompanied by the Nervión River; you are going to cross it several times through many bridges such as Puente Palacio.

This stage starts next to the Catedral de Santiago cathedral, then you will have to go through the Calle de la Tendería street that is considered one of the first streets in the city. You will get to Calle de la Ribera Street where you will walk next to the river. Then you will have to turn left to see the Iglesia de San Antón church, where you will cross the Nervión River through one of the oldest bridges in town. After crossing it you will have to turn right through the Calle Bilbao la Vieja Street and also San Francisco Street to get to the Plaza de Zabalbúr square. After crossing a street called Autonomía you will get to a neighborhood called Basurto. Once you get here you will have many different alternatives to continue your way:

We walk by your side! If you have any doubts about this stage or about other stages, please contact us, we will help you. Have a nice Way, pilgrim!

After crossing the Devil’s bridge, we will go on with a even more evil climb on our way. During this climb to Kobetas mount to Santa Águeda’s shrine we will pass through a slope of more that 180 m. This is an easy stage for everyone. 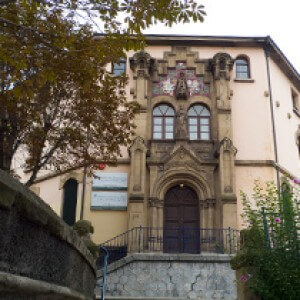 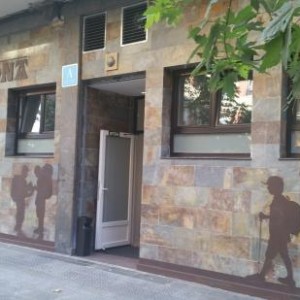