Northern Way by bike from Irún

You will cycle the distance between Irún and Santiago de Compostela, staying at the accomodations of the Camino at the end of each stage, enjoying a unique experience and experiencing first-hand the history, culture and beauty hidden at every step of this ancient route. 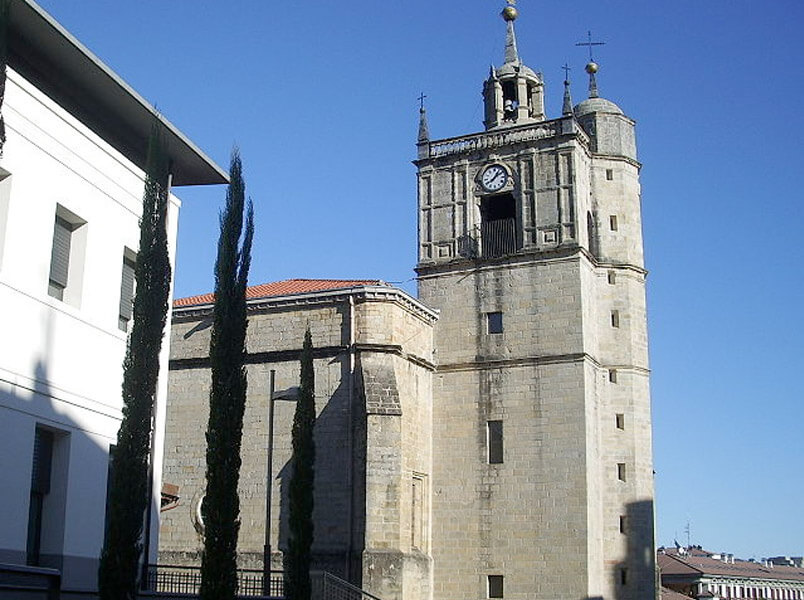 Surprise friends and relatives with an adventure on The Way.

Day 1: Arrival at Irún and accomodation

You will arrive in Irun on your own or, if you wish, we can arrange your transfer to Irun from any airport or station you arrive at. This city is the starting point for those pilgrims who begin the Camino de Santiago on the northern slope. From here, depending on the time of arrival, you can visit different points of interest in the area, such as the Town Hall or the San Marcial Chapel.

On the way you will pass through the important city of San Sebastián, an obligatory stop to visit some of the city’s best-known points of interest, while enjoying its wide range of gastronomic offerings. You will arrive in Zarautz, where you can visit different points of interest such as the Tower, the Hermitage of San Pedro de Elcano, the Church of Santa María la Real or the Museum of Art and History of Zarautz, which is interesting because its aim is to show part of the history of the Basque coast.

On the way you will pass through the coastal town of Deba, where you can stop to rest, cool off on the beaches of Santiago or Lapari or walk along its promenades. You will arrive in Markina, where you can visit different points of interest in the area, such as the Patrokua Palace, which houses the tourist office, the Barinaga granary and the Carmen Monumental complex.

On the way you will pass through Guernica, a town known for its bombing by German and Italian air forces, an event recreated in a painting by Pablo Picasso. All that survived from that day were the Casa de Juntas and the tree of Gernika, considered a symbol of the traditional freedoms of the Basques. You will arrive in Bilbao, today’s destination. This is a city recognised worldwide as an example of urban transformation and home to the Guggenheim Museum. Once here you can relax and enjoy its extensive historical heritage, its great variety of tourist resources and its wide range of gastronomy. Some of the points of interest in the city are the Cathedral of Santiago de Bilbao, the Atxuri station, the Basilica of the Virgin Begoña or the Chávarri Palace.

Make a stop along the way in the town of Pobeña to visit the Barbadún Estuary Protected Natural Area or take a walk along the coast, from where you can see the town’s beach, La Arena beach, and admire the sharp cliffs typical of the Basque coast. You will leave the Basque Country behind to enter Cantabria. You will arrive in Castro Urdiales, where you can visit different points of interest in the area, such as the Casa de los Chelines, the Santa Ana Chapel, the Church of Santa María de la Asunción and the Ocharan Palace and gardens.

On the way you will pass through the town of Laredo, where you can stop to rest and stroll around its fishing port, which is located in the centre of the town. Finally, you will reach Noja, where you can visit different points of interest in the area, such as the church of San Pedro and the hermitage of San Pedruco.

On the way you will pass through the small village of Güemes, which stands out for the natural beauty of its surroundings. You will arrive in Santander, where you can visit different points of interest such as the Cathedral of Nuestra Señora de la Asunción, the Faro de Cabo Mayor Art Centre, the Church of Nuestra Señora de la Visitación and the Protestant Cemetery.

Finally you will reach one of the most beautiful villages in Spain: Santillana del Mar. This is also the most visited village in Cantabria because of its historic centre and the Altamira caves, declared a World Heritage Site. You can visit different points of interest in the area and enjoy emblematic places such as the Tower of Calderón de la Barca or the Collegiate Church of Santa Juliana.

On the way you will pass through San Vicente de la Barquera, where you should not forget to visit places such as the Sanctuary of La Barquera, the Church of Santa María de los Ángeles and the remains of the Convent of San Luis. You will arrive in Colombres, where you can visit different points of interest in the area, such as the Emigration Museum and the Franca beach.

From the village of Pendueles there are two routes to follow, which later will meet again. You can take the route that runs parallel to the coast, which is the most beautiful but not the original route, or go further inland if you want to do the more accurate Camino. Finally, you will reach Ribadesella, where you can visit different points of interest in the area, such as the Indianos chalet or walk along the Paseo de la Princesa Letizia, which is very long and where most of the town’s restaurants and cider bars are located.

On the way you will pass through Gijón, where you can take a break and rest, go to the promenade of the Muro de San Lorenzo and enjoy the more than two kilometres long promenade. Finally you will reach Avilés, a city that boasts the second best preserved historic centre in the Asturian region and is home to some of the most important monuments in the area. Like the Ferrera Palace, the Camposagrado Palace or the Sabugo Church.

On the way you can make a stop in the pretty village of Cudillero, known for its amphitheatre-shaped layout, the houses are superimposed, taking advantage of every corner of the hillside and distributed like concentric rings to culminate in the stage formed by the Plaza de la Marina. Close to Cudillero and Soto de Luiña is Cape Vidio, an obligatory stop as it is one of the most important capes in the whole of Asturias, from where you can see Estaca de Bares and Cape Peñas. It also has important attractions such as its cliffs, the lighthouse and the iglesiona, a cave formed by the erosion of the waves that can be visited at low tide. Finally, you will reach the destination of today’s stage, Soto de Luiña, a perfect place to rest and recharge your batteries.

This stage is characterised by its great scenic beauty. There are several attractions along the way, such as the Playa del Silencio (silent beach), the Regalina Hermitage and the small village of Cadavedo, proclaimed the most beautiful village in the Autonomous Community. Finally you will reach Luarca, a charming town with many points of interest, especially natural ones such as the beach of Tourán or the beach of Salinas. From the Funiar viewpoint you can see practically the whole town.

Today you will finally arrive in Galicia after crossing the bridge of Los Santos between Castropol and Ribadeo. On the way make a stop at the Santa Cruz viewpoint, three kilometres from the centre of Ribadeo, from where you will have fantastic panoramic views of the estuary. Once in the Galician town you will be able to enjoy several points of interest, among them its historic quarter, which has been declared a Site of Cultural Interest, the fort of San Damián, the impressive beach of Las Catedrales or the Indian houses.

At this stage the route begins to move away from the coast and inland. On the way, you can make a stop in Lourenzá to visit some important monuments such as the Monastery of San Salvador, the Church of Santa María, which is considered to be an example of the Obradoiro façade of the Cathedral of Santiago de Compostela, or the Pazo de Tovar. Mondoñedo is another town of great tourist interest, with the Plaza de España and the Cathedral of Mondoñedo standing out. This stage is a long one with many tourist resources that finally ends in Abadín, a place where you can rest from today’s journey.

On the way it is important to stop at places such as the Tower of the Andrade family in Vilalba. You will arrive at Baamonde, where you can visit different points of interest in the area, such as the Víctor Corral House Museum, an example of a Galician manor house, or the ancient chestnut tree, which has a curious history.

On the way you will pass through the village of Sobrado dos Monxes, an obligatory stop as it is home to the impressive Monastery of Santa María de Sobrado. After arriving in Arzúa, you can visit various places of interest in the area, such as the Ethnographic Museum of A Paínza, Fonte Santa and the chapel of La Magdalena.

You will wake up in the accommodation in Arzúa where a good energetic breakfast is included to start the day with your batteries fully charged and you will start pedalling towards Santiago de Compostela, finally the destination is very close and soon you will see for the first time the towers of the Cathedral from Monte do Gozo. Wandering through the historic quarter, you will be keen to reach the Plaza del Obradoiro and feel the satisfaction of having accomplished your goal.

Breakfast in your Accommodation A day off to visit all those monuments that, besides the Cathedral, have made this town so special.

After breakfast our services will be finished.

We solve the most frequent doubts among our pilgrims.

The Camino de Santiago by Bike

Previous advices for your pilgrimage by bike. In case your have any doubt, please contact us.

What to package on a bike

Discover all the items you should carry with you in your adventure on The Way, whether you ride or walk.

We will do everything we can, to make Your Way as comfortable as possible.

Make your booking with us

We also recommend you: 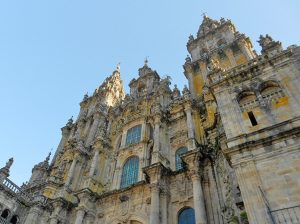 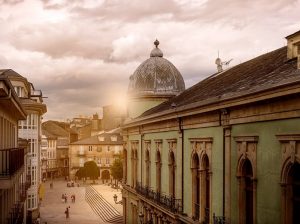 Primitive Way From Lugo
415 €
Let’s leave the fortified town of Lugo and move to the inland with our eyes set on Santiago’s Cathedral.
Book now
Guesthouse 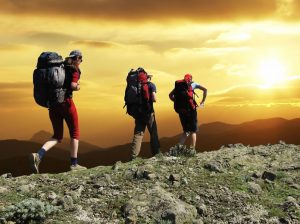 The Camino de Santiago In Group from Sarria
to be consulted
Enjoy the last 100 km walking the most famous Way, The French Way starting from the majestic village of Sarria.
Book now
Hotel Guesthouse 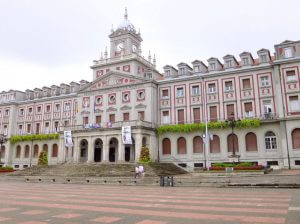 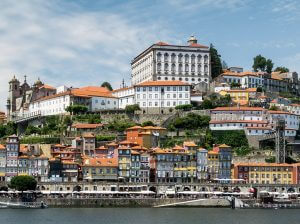 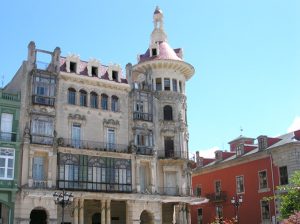 Northern Way From Ribadeo
630 €
Start the Northern Way in Ribadeo, by the Asturias border where you can find a lot of attractions
Book now
Guesthouse 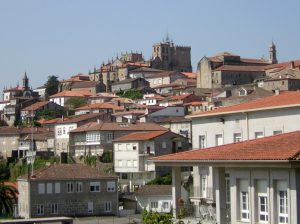 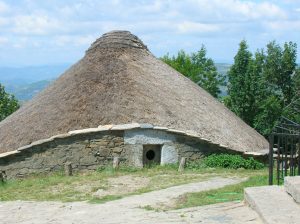 French Way From O Cebreiro
535 €
Make the most of the French Way from your very first steps in Galicia, enjoying the traditional dwellings of the area ( called in the local language pallozas)
Book now
Guesthouse 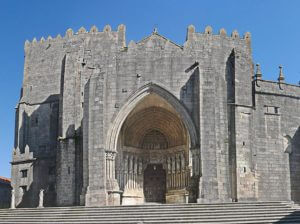 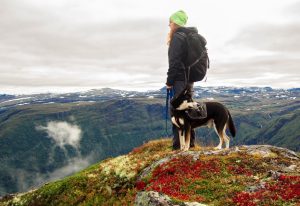 French Way From Sarria with Dog
445 €
Enjoy hand in hand the French Way with your best friend and live a unique experience you will always remember.
Book now
Guesthouse 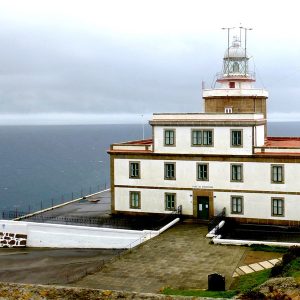 The Camino de Santiago To Fisterra
360 €
Whether you have arrived to Santiago or not, the route to Fisterra is unavoidable.
Book now
Guesthouse