Ferrol has a privileged location and it has always linked with the sea and its activities. Its port was always protected by three castles, this was the reason why pilgrims decide to get here to start their pilgrimage to Santiago. Walking through this route is like a trip back in time to the Age of Enlightenment, when the city of Ferrol was born. You will walk through its lovely streets to get to Neda. Many pilgrims decide to start in Neda, so the trip will take you just 4 days, but we recommend you visit Ferrol because it is a wonderful city that is full of history and magic.

Before getting to the Calle Real street you will see a huge difference, you are now in Enlightenment’s Ferrol, in a neighbourhood called Magdalena. After this street you will get to the Plaza de Amboage square that was built in the 18 century, in this century used to be called Plaza de Dolores square, here it used to be a market. Then you will continue through the Ría Real street, now we recommend you go and visit the Concatedral de San Julián co-cathedral and after some streets, you will get to the market. The temple was built by Julián Sánchez Bort and is one of the most important in the Roman Catholic Diocese of Mondoñedo – Ferrol after the one located in Mondoñedo. You will get again to the Calle Real street that will take you to the Plaza de Armas square where you will find the city hall. The city hall is very different from the original one. After this square you will turn to the right to get to the Calle de la Tierra street to get to Cantón de Molíns. Then you will walk through a neighborhood called Esteiro that will lead you to another neoclassical church called Angustias. This chapel belongs to one of the most important religious order in the city. You are now in one of the most important and lovely neighborhoods in the city: Esteiro. In the 18 century, Ferrol was the most populated city in Galicia. You will cross Navantia that is one of the biggest shipyards in this city. On the other side, you will see Spanish Navy Marines barracks and the campus. This neighbourhood has all kind of establishments and services.

After Esteiro it comes a neighbourhood called Caranza, you will get here after walking through the riverside walk and also through the Avenida del Mar Avenue, next to the estuary. Now you will be able to see all the estuary and also Narón, Neda, Fene and a bridge called Pías. Once you get to a football field you will have to cross through an N-651 underpass that will lead you to an industrial area called A Gándara through the Avenida Nicasio Pérez Avenue that belongs to Narón. Once you get to this industrial are full of shops and warehouses you will have to turn right to go through a street called Luis Seoane and the you will have to turn right again to walk through a path next to the estuary. After walking up a little bit you will leave the asphalt and you will go through a flyover to get to a path that goes parallel to the train rails and that will lead you to A Faisca. A little bit after you will have to turn right to go through a tunnel under the FE-11, after crossing it you will have to turn left and once you get to O Couto you could visit the Monasterio do Couto de San Martiño de Xubia monastery. This temple was built in the 8 century. Tells the story that between the temple and Neda there was a tunnel under the river that allowed monks to cross without being seen. You will continue through an asphalted road and then through a path that will lead you to a flyover. Then you will have to turn right and get again to Ferrol’s estuary. You will see the Molino de As Aceñas mill and also a village called O Ponto. There are now just a few metres to get to the hostel. After crossing the Grande de Xubía river you will see the hostel. There are lots of pilgrims that decide to stay the night here but there are approximately 10 kilometres to get to Pontedeume, so lots of pilgrims decide to continue their way to get to this village. Here you will find lots of services and establishments. This village is famous due to the Belelle river and also due to its bread and pastries.

We show you each stage but in case you want to change something and see other places more deeply, you just need to contact us so we can organize an alternative route. We walk by your side! If you have doubts about this stage or about other stages, please contact us, we will help you. Have a nice Way, pilgrim!

You could find many parts of the stage changed due to the building works. This is an easy stage. Depending on your physical condition you can continue to get to Pontedeume. For cyclists and people with reduced mobility this stage could be a little bit complicated. 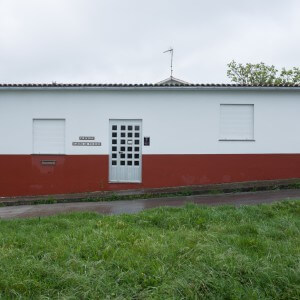 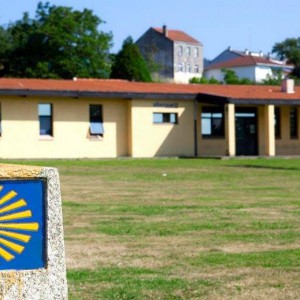