Today’s stage will be a little bit complicated, nevertheless is a wonderful and pretty stage. The same as Pontedeume, Betanzos is awaiting us protected by its old walls, declared of Historical Importance in addition to the old town.

From the hostel you will have to return to the medieval bridge and turn right to get to the Rúa Real street. You will cross a country house from the 18 century that used to belong to Rajoy y Losada. You will have to keep walking up and then turn left to get to the Plaza de las Angustias square and also to some streets called Empedrado and Souto da Vila. You should keep calm while walking this path because it is a little bit complicated. Once you get to the end you will enjoy a wonderful view. Once you get to the N-651 you will have to turn right towards O Barro, turning right first and then left to get to San Miguel de Breamo. Here you will have to turn right if you want to visit the Capilla de San Miguel chapel and then continue straight forward. This church is from the 12 century and there are lots of stories about it. Then you will have to turn left through a rural path and then you will get to Miño, to A Xesta and Buiña. Now you should walk through the AC-4802 and border a gold course that is located in Costa Miño. Then you will walk through the forest parallel to the highway towards Viadeiro and Outeiro. After crossing some villages you will start walking up towards the Baxoi river, you will cross it through a bridge from the 14 century paid by the Andrade family. You are now in Camino Real, close to Miño. This way will take you to the city center. You will cross the streets called Playa Fonte and also Pardiñeira to get to a crossing where you will see the way that you should follow to get to the hostel. If decided to continue you will leave this city through A Barrosa street towards a flyover over the train rails. You are now walking towards A Ponte do Porco, here it used to be a road that linked Pontedeume and Betanzos. After this bridge you will have to turn right to find the Playa de la Alameda beach that is the most important establishment in this village. From the bridge to the right you will see Alameda beach, considered of importance, where we can find some establishments.

You will have to cross the river and enter in Paderne, now you will have to start a walking up that will lead you to a park. Then you will have to turn left to descend through an asphalted road. Then you will get to the city center where the Iglesia de San Pantaleón de AS Viñas is located, this church is from the 12 century and it is a Romanesque church. In front of this church, you will find the Pazo de Montecelo country house, from the 17 century that also belonged to the Andrade family. Then you will have to walk until you find the N-651 and after some meters you will have to turn left towards Chantada. Near a fountain called O Xiro it used to be a pilgrim’s hospital. You will get to Souto, near Betanzos, but first you will have to cross Gas and Tiobre. You will have to ascend and descend again before getting to Betanzos before you will visit some amazing monuments, some of them from the 12th Century. Again, a descending slope will challenge our tired legs, but there are only a few meters left to reach our goal today. We descend by Sabugueiro slope until Pazo de Barral and Nuestra Señora del Camino sanctuary, from the 16th Century. Its story is linked to those legends about Virgin apparitions in that same temple, which was a pilgrims hospital before. We walk on to reach Mandeo river, where the Door of Puente Viejo (Old Bridge) will give us access to this town. We will get into its stony streets, feeling transported into the Medieval Era, to reach Garcia Naveira square, next to the pilgrims hostel, where we will finish today’s stage. This city is considered the capital of the Galician Gothic, having one of the most beautiful and best maintained old towns of the region. Besides, it was the capital of one of the old seven provinces of the Galician Kingdom.

If you want to make any variations in the established stages or route you just have to call us and we will plan the best option for you. We walk by your side!

This is a hard stage due to all the ups and downs People with reduced mobility and cyclists should take this into account to plan their stage. 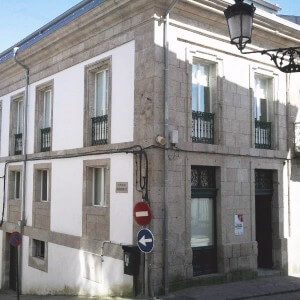 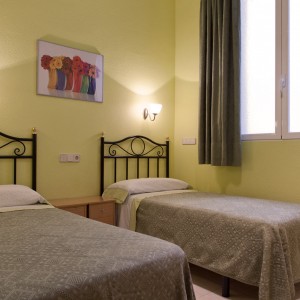